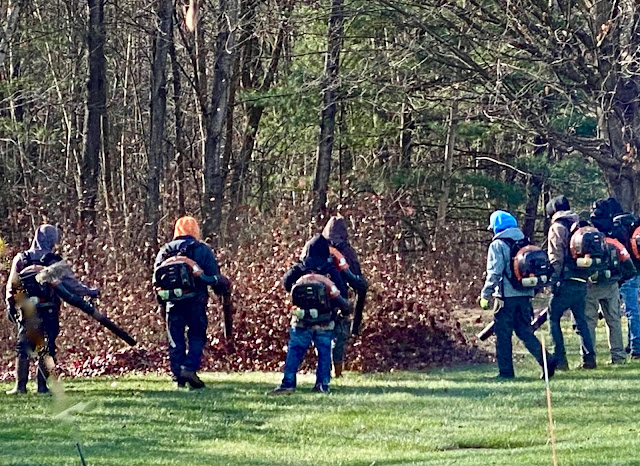 Leaf Rake, age 3120, passed away this morning on West Ave., Saratoga Springs. Mr. Rake was born in China in 1100 B.C. His first years were spent clearing fields of leaves and plant refuse. His childhood friends described him as being made entirely of wood—wooden tines attached to a wooden head. His facial features remained wrinkle-free and relatively unchanged for his entire 3120 year existence.

Leaf Rake graduated with honors from Garden State College at the age of 5. His hard work and long hours made him outstanding in his field. He never asked anything of his handler that he wasn’t willing to do himself. After college he spent centuries on farms all over the world. In the 20th century he committed his remaining years to suburban yards across the globe. He was never boisterous or condescending and was always willing to work in the front, side, or backyard at a moments notice.

At the time of his death Leaf Rake lived in the dark recesses of sheds and garages. During his last days he might be found leaning against the back of the house, rusty and neglected. Leaf met his demise today at the hands of the “Blower Boys.” A posse of masked marauders in hoodies, brandishing gas-fueled death-wands of hurricane force winds. Leaf Rake was doomed. His manually operated handle and tines had zero chance of survival based on the shear numbers of his staggering opposition.

I witnessed the murderous act in real time. It brought personal sadness and despair. Leaf Rake and I spent most of our lives together. When we were kids we made soda and candy money together. We bonded instantly. We went from elementary school through high school together. When I needed money for the movies or a new bike tire, Leaf was there. He never let me down. When we got older and started families of our own, Leaf and his cousin Garden would show up at my house to help seed the new lawn or fill in the low spots over the septic tank. He let my rambunctious sons play pretend landscaper minutes after they’d used him as a makeshift axe on the old maple out front. He and his cousin were tough cookies right to the end.

As the scene above unfolded I pulled over to the side of the road. I yelled out in anger but my voice was smothered by the roar of two-stroke horsepower. My efforts were nullified by progress and the unstoppable future. A tear rolled down my cheek, and as it did an oak leaf floated in my truck window as if to say, “Don't worry, Leaf's okay and you will be too. You two had a good run together. You made memories and money. You bent his back, he gave you blisters, but you remained friends until the end. You both paid your dues, let the Blower Boys have their fun. Things always come full circle. Someday you’ll both be remembered fondly for your hard work and low maintenance."

"Most of all be proud of all those mountainous leaf piles of autumn you two made."

"The Blower Boys can’t do that now, can they?"

Posted by Raining Iguanas at 7:54 AM 3 comments:

I want to share a father/son moment that took place in 1968. I was thirteen and had saved enough money for a new bicycle. I bought my Raleigh Rodeo 3+2 at Globe Supply(presently Soave Faire) on Broadway in Saratoga Springs. It was a stingray bike styled like the muscle cars of that era. It had a Hurst-like, 3-speed shifter on the frame in front of the seat. Next to it was a smaller shift knob, which gave you two more pedaling speeds. It was gold in color and my pride and joy. I parked it on its kickstand every night in the garage. Saturday mornings, while dad washed our International Scout, I would wash my Raleigh next to him.

My father instilled the importance of taking care of your things. The better the care, the longer they will last. I came up short a few times because I remember being on the receiving end of "That Look" after I misplaced or broke one of his tools. Parents hope that if a child buys something with their own money, they will take better care of it. Hope is just that. The chances of your child having the conscientious-trait is a crapshoot. Some get it; some don't. Most kids fall somewhere in between. I probably leaned more to the caring side because I feared "That Look" worse than a kick in the shins.

In the 1960s, it was popular to ride your friends on the handlebars. They would rest their feet precariously on the small bit of threaded axle sticking out from the front tire. The other option was to let your legs swing free, which was much more difficult for both rider and the one pedaling the bike. It was also an excellent way to get run over by a car. My father was adamant that I do not try this with my bike or with anyone else's. I was a compliant son, and I was also much too afraid of my father to break that rule—that is until Glen came along. Glen was older, bigger, and wanted to get from point A to point B one day. He insisted that I provide a taxi service from the Greenfield General store to his friend Tom's house at the bottom of Cemetery Hill about a quarter-mile away. Glen was the Eddy Haskell of our neighborhood. He was an instigator and possessed a larger than life personality. He was the type of kid that could get you in trouble quicker than a wink, but at the same time, his presence helped you remember those events with overwhelming fondness. On this particular summer day in 1968, everything above fell into place.

Because Glen was too big to ride on my handlebars, he strong-armed me into the role of hood ornament. Boys at thirteen are about as coordinated as a giraffe on skates, and I was no exception. A few hundred feet up the road, my sneakers slipped off the axle bolts, and my toes got caught in the spokes. Glen, the Raleigh Rodeo, and I went ass over tea kettle. When the dust settled, a friendship and a brand new bike were in a bit of a pickle. I remember having to push my bike a mile back to my house, the whole time thinking about how mad my father was going to be. He would be upset about the bike, but even more so because I disobeyed him. The front wheel was a bent mess. The spokes had a pretzel quality to them.

You do what any red-blooded thirteen-year-old would do—cover it up! This virtual cover-up included an old blanket. Like a reprieve from the governor, it would buy me time to devise a brilliant scheme. The words "brilliant scheme" and "teenager" mix like oil and water. It did take a couple of days for my father to decipher why I was walking the mile up the road to the village versus riding my brand new $70 bike. Fathers are more observant than we think. My teenage sons learned this factoid about the same time their father did.

"Why is there a blanket over your bicycle?"

Here's where you begin to weigh your options heavily. I didn't have enough time to concoct a viable lie. Even if I had (my wife will confirm this), I'm a terrible liar—especially if she or my father are involved. It was time to plead for mercy.

Here's where parenthood takes a moment of silence. It's a silence that doesn't pay dividends until your grown children recognize the honesty you instilled in them. In my case, it took a couple of days and an eagle-eyed father to bring it to the surface, but it proved that honesty is the best policy no matter what the outcome.

The following Saturday, dad loaded my Raleigh Rodeo, with the crumpled front wheel, into the back of our Scout. The two of us took it down to Globe Supply and dropped it off for repair. A week later, after putting several miles on my Converse, we returned to pick it up. I'm not sure who paid the bill, but my parental guts tell me it was the man whose "look" is all I ever needed. It was all that was necessary.

Stories like this filled my teens and my life.

Man, I miss my father. 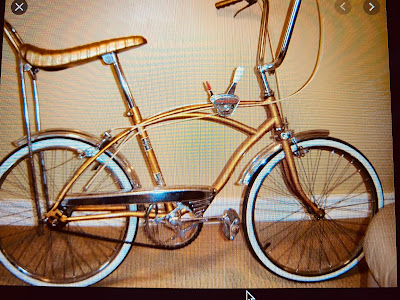 Posted by Raining Iguanas at 9:08 AM 2 comments: