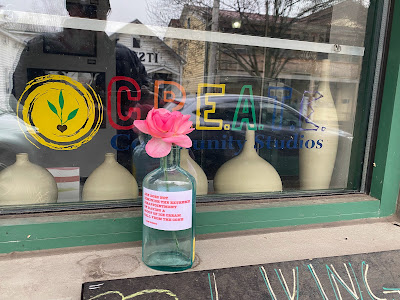 Simply open your phone, and you're flooded with advice on how to look and feel younger. I'm starting to think that my phone is the main reason I'm on a fast track to aging. One thing that does keep my mind from rusting is maintaining a sense of humor. Eating well and exercise is crucial to staying fit physically, but in my opinion, keeping your laughter tank topped off is the key to enjoying the ride. When it comes to placing all your eggs in the exercise basket, comedian Ron White explains it best. He once talked about a man in Florida who tied himself to a tree ahead of an impending hurricane. At 53, the man felt he was in good enough shape to withstand hurricane-force winds. Ron questioned the man's thought process by explaining it this way, "It's not THAT the wind is blowing, it's WHAT the wind is blowing. If you get hit with a Volvo, it doesn't really matter how many sit-ups you did that morning."

There is no one size fits all answer to fighting the aging process. No one gets out alive. I hope to go as far as possible with a smile on my face and compassion in my heart. As I headed out on my latest bottle release mission, Mrs. G. simply shook her head and said, "Be careful." Knowing I run a little off-balance, she says it multiple times a day. To see her husband of 47 years leaving the house to place a quote-laden bottle in some random location probably has her questioning her life choices.

If memory serves me correctly (it rarely does) this is bottle #10 to be released into the wild. 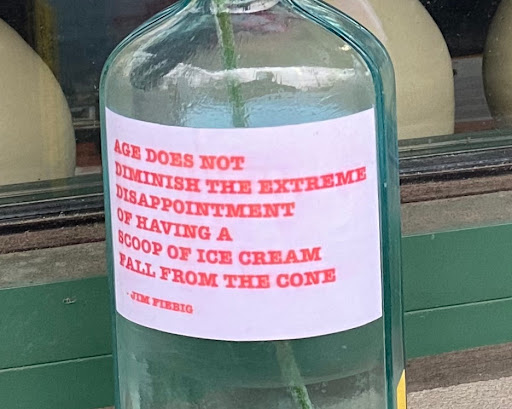 "Age does not diminish the extreme disappointment of having a scoop of ice cream fall from the cone." - Jeff Fiebig

Every paycheck of mine since 1974 has relied on a company whose bottom line was based on ice cream. I have witnessed parents, grandparents, teens, toddlers, and even a Labrador or two, lose a scoop off the cone. I've seen it from Saratoga to Plattsburgh, Watertown to Newburgh. The faces that follow those tragic drops could bring tears to the most hardened soul. It's not the cost. It's the immediate blow to the taste buds. It's the hard-brake to the happiness engine that makes losing a scoop to the parking lot such a downer.

On the opposite side of Bottle#10 is a truth that we can ALL finally agree on.
"In a dream, you are never eighty" - Anne Sexton
As I read the quote aloud, I realized I hadn’t considered the ninety-year-olds out there.

Now that my bottle deposits have surpassed double digits, I'm not sure I'll continue this random act of insanity.
But if I do, you'll be the first to know. 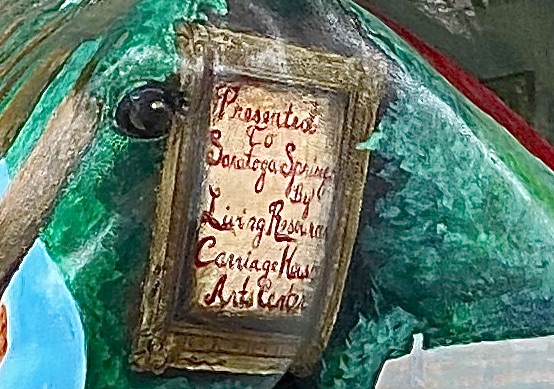 Posted by Raining Iguanas at 9:33 AM No comments: