I pass the Ash Grove many times a week and it hurts each time I do. There are many places throughout Saratoga that have wilted away and turned to dust. I have spent over a half century going past this once beautiful establishment and I felt a need to quick squeeze in a few final words before it is erased completely.

When I was very young the Ash Grove would be our family's destination for holidays and special Sunday dinners. It was a gorgeous place, full of light and joyful laughter. As a young teenager I sold the August Pink Sheet to the patrons at the bar; running back to Mr. Shay's Plymouth wagon with my arms empty and my tip pocket full. 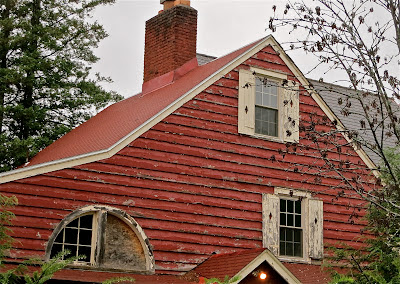 As the owner of Prices Dairy from 1979-1989 I was able to witness the final years of this gem from the back door where I would make my deliveries of milk and sour cream. As downtown Saratoga thrived in the 80's, the jewels on the outskirts began to weaken. 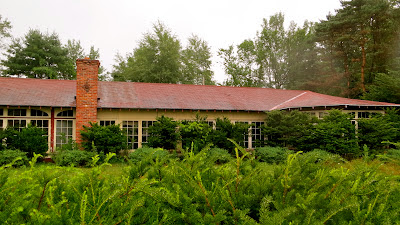 I met the current owner one day many years ago and he spoke of possible resurrection, but I think that dream has passed by. For now the queen of Church Street lay weak, overgrown, and gasping. 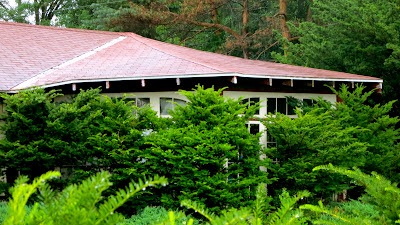 She will be missed. She has been missed for nearly a decade. Maybe just maybe she could be saved. For now I will just close my eyes and breathe in the smell of sizzling steaks on the grill. I will listen carefully to the sounds of clinking cocktail glasses full of friendship and good cheer. I will drive on by one more day, watching...


Ash Grove Inn
by John R. Greenwood
hardwood floors well worn with age
soaked with years of parties and dance
large open windows to the fields behind
where cows once grazed and milk was born
panes of pain now cracked and sore
shattered in dreams of what once was
those who remember in numbers declining
they too sit restless
waiting for another order to be placed

I found this simple video that I felt exemplified the spirit of this aging beauty: The Ash Grove

Posted by Raining Iguanas at 10:07 PM