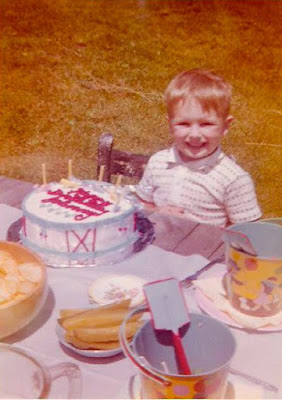 They kept coming and coming. Some short, some with added exclamation points, some with nice comments, a few with shots about my advanced age--but they came. I was here to see them, and appreciate them. Facebook helps the Happy Birthday chain letter extend far and wide. At first you don't pay attention because you know your name is popping up like spam from a porn site all across the internet. People you haven't heard from in years show up at the party and wish you a Happy Birthday like you were special or something. At first you treat it matter-of-factly like the Happy Birthdays don't mean anything to you. Then reality sets in. These are people who you embraced as friends somewhere along the last 61 years of your life. You start adding them up like the accountant at the end of "It's a Wonderful Life." Then as you look closer at the list you realize how lucky you are to know the people you do. Whether it's family or friends, they are people who have touched and influenced your life in some fashion. I have been blessed with an abundance of people who, even if we haven't seen each other since high school, I consider a friend. Close friends or old friends, immediate family or distant relative, the experiences and memories remain a part of us. It's not about keeping score. It's about the ride. It's about how we got to this point and who was some cog in that wheel. Whether they contribute to our campaign or whether they're viewing from the curb they're a participant in our album. It doesn't matter to me if you were at my wedding or graduation. I could care less if you were someone I knew for one summer or you're someone I've seen Monday through Friday for the last thirty years, you're important to me and I cherish whatever connection we shared regardless of the footprint. What has been most important to me in this 61 year journey has been the stories of the people I've been blessed to know. The people sending Facebook birthday messages are a cross section of my life. There are many people on that list I have never even had the pleasure of meeting in person yet their well wishes blanket me with calm and comfort. It isn't about what people do for you, it's about what people mean to you. Knowing a friend is struggling with a sick parent or the loss of a pet at the same time as you can ease you through a rough patch. Something as simple as a "Like" on a feel good moment can fluff your pillow and make you sleep a little better at night. Facebook can do a lot of damage if left alone in the wrong hands but it can also shrink our world just enough to see our friends and family a little clearer and closer than we could before its existence.
To all of you who were kind enough to send me birthday wishes, I thank you for them and I thank you for your friendship regardless of how thick or how thin it is. You make me happy to be in this game. Even if birthday wishes never arrived from you, know that if you're on my list, you are there for a reason. It's because you're someone I met along the way and that means more to me than anything. Happy Birthday to me?You betcha. 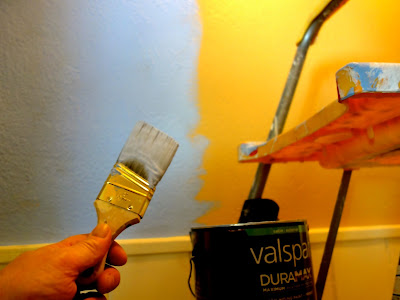 It’s a beautiful Saturday morning in May and there’s a world of options at my doorstep. Do I work in the yard, clean the garage, get the motorcycle out, go for hike, wash the car, or something else on the endless list of possibilities? It’s always a question that’s better answered Friday night before going to bed. Mrs. G and I start every day early, even Saturdays and Sundays. This allows us to maximize our timeline for the rest of the day. You also feel less guilty if a little nap fills in the cracks. If we don’t have a game plan by 7am things tend to go askew. It’s called compromise and conquer. I’ve found a little horse trading doesn’t hurt as long as I don’t try to sneak one by a circumspect spouse. Like she says, “I’ve worked with you before.”

I discovered after years of research that is indeed better to say, “If I get this done, I was thinking of going to do that?”, versus saying,” If I go do that, I promise I’ll do this later.” These are the little technical aspects of marriage you don’t learn overnight. There are a lot of perks to being married, I have been in training for decades on how to enjoy them all with the smallest amount of conflict. For those liars out there who claim to be in charge—“Wake up, it’s a dream.”

Here’s a good example:
I’ve honed my brain to more readily accept paint color changes. Fighting them only prolongs the inevitable. My father was a champ. He avoided repainting the living room 25 years at a pop. I’ve found that accepting painting projects is like putting premium gas in your car. It’s a little more expensive and you question whether the expense is worth it—until you realize just how much smoother the engine runs on the good stuff. Succumbing to that sentence all men dread, “I was thinking about painting the living room a different color.”, and responding with, “Sure, I think that’s a great idea, I think we could use a change.”, will not only give you the same result it will make you that mythical knight in shining armor you heard about when you were dating.

This post is really a little deeper under the surface. It’s about compromise in a marriage and in life in general. We all want what we want and when we don’t get it we either pout, complain, or revolt. Seldom do we go to the other side of the street to see what the view is from there. This is not a decline in today’s society, it’s not Obama’s fault, it’s not due to gluten overload—it’s human nature. When I was a kid I was pretty lucky, I didn’t go without much. I didn’t just stick my hand out, I did as I was told. I mowed the lawn, changed the bulb in my grandmother’s well house, and fed the dog when threatened. I stayed out of trouble (didn’t get caught), I was polite, and I didn’t talk back to my parents—until the stupid part of my brain kicked in my senior year of high school.

What happened over the next few years is what happens to most men. We go from receiving to providing. I became a husband when my age still ended with an ’n’, and a father the first year it ended in 'y'. That’s when everything changed, “big time.” I became my father, a father, the father. Someone turned the mirror around and I was not prepared for it. You tackle the most intense on the job training program ever devised and it lasts until you flatline. The best thing you can do for yourself is crank open your mind and your heart as wide as it will go, take a deep breath and enjoy every diaper, cut, crash, tear, repair, tantrum, conflict, suggestion, rain drop and cable bill. If you take them like a Mike Tyson sparring partner you will survive disheveled but intact. You might even get through your fifties with a smile and no artificial parts.

I watch all the political rhetoric and I shake like a Chihuahua in November. I can’t even go there, it makes my temples throb. Wake up America, we’re already great, we need to start acting like it. Stop going from 0-90mph before doing your homework. Don’t jump on the first bus that promises free beer in your faucets. The song tells us, “You can’t always get want you want,” and it’s true. If we were more geared for giving and sharing we’d sleep better and wouldn’t need our Winchester’s. Suck it up, kiss the dirt in front of your house, apartment, or trailer and be glad you have running water and toilet paper. I whine with the best of them when things get squirrelly but eventually someone splashes cold water in my face and I come to my senses. I’m convinced we all need to turn around, go back in the house and fix our own messes. Stop blaming, pointing, and critiquing everything we get our big mouths on. This post began over a month ago and I filed it away under "Not Sure." After listening to the nonsense oozing from the airwaves this morning I thought maybe it made sense to post it, if for no other reason than to settle my mind and to look forward to whatever tomorrow brings. 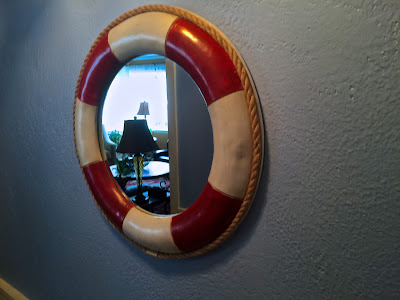 Color Change, it's a lifesaver...