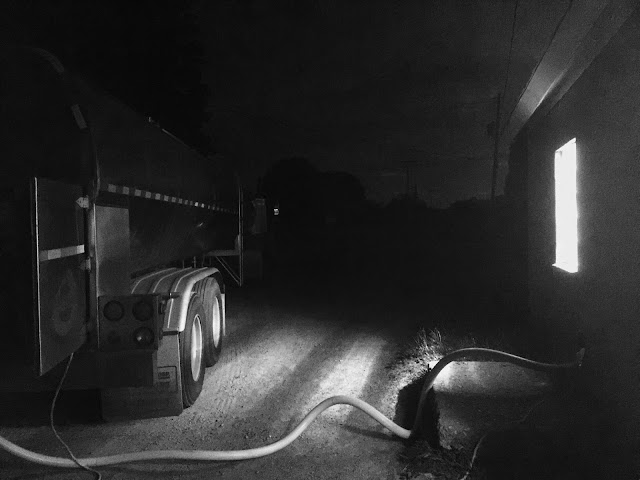 It came slowly from around the corner of the milk-house. The first light of day crept quietly, trying not to disturb the slumber of the barnyard. The light of the milk-house window and day's first light met halfway between tank and tanker. My watch read 4:30am. It was a peaceful start to a Sunday morning. Two kittens were wrestling in the hay like kids on a sleep-over. The cows were beginning to stir in anticipation of their morning milking. The air had a mid-May freshness to it. I paused to soak it in from top to bottom. I was covering an early shift for one of my guys and turning lemons in to lemonade. The gentleness of the morning turned a short night's sleep into a gift. Society is losing the ability to savor these gifts with no price tags. I have tried to take up the slack by embracing the smallest of them. After six decades of watching people chase their tails I've learned that happiness doesn't come with any identifying criteria, it comes in whatever form you choose. If your list of criteria is long you may find yourself wallowing through lots of muck and mire. But, if you can find joy in a beam of light from a milk-house window, you may find you've had a better ride than most. That is where I'm at today. I've found life is better lived when you boil it down to the basics. Light and (lack of) sound are two that stood out this morning at work(?).

If all goes as planned, a Sunday afternoon nap later, will make me feel like a king.

Live life in any lane.

I went to pay my respects last night, not for someone’s passing, but for someone’s rebirth. Not their rebirth, but for what they did to revive my life. My wife joined me for a trip to Battenkill Books in Cambridge where Jon Katz was launching his latest book, “Talking to Animals.” I wanted to be there out of respect for the things Jon did for me at a critical moment in my life. What Jon did was hand me a key to a world I’d yet to experience. I was deep into my fifties when Jon accepted my application and invited me to be a member of the original Hubbard Hall Writer’s Group. That small group became an immeasurable inspiration and support system that continues some five years later. You can’t write a check or a Thank You card big enough for what Jon’s encouragement and support has done for me personally.

Bedlam Farm has become a rally cry for me. The words alone lift my spirit and ignite creativity in me. Jon and Maria opened their home and their lives so that they might expand the lives and dreams of others. I never took their kindness for granted. It was the perfect gift for me at the perfect time. They proved to me that aging shouldn't mean closing doors—on the contrary. It should invite the opening, knocking on, and kicking down of doors. 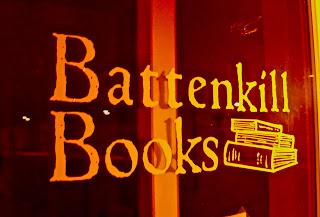 My 50’s were invigorating for me, due in large part to the people I chose to hang out with. I would include a list but it would take up pages and pages. It would be easier to simply say, "If you’re reading this right now, there’s a very good chance you belong on my Thank You list." 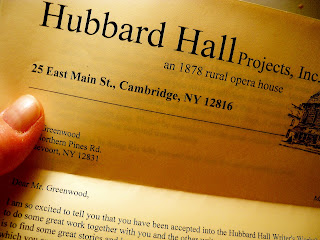 With every book launch of Jon’s, my dream of someday launching my own is reenergized. But, even if that day never materializes, I have enjoyed the fruit of having put words to paper. My life has mushroomed to include so many kind and generous people that I would never have had the opportunity to meet if Jon had not accepted that application to the Hubbard Hall Writer’s Group. It was a portal that continues to this day.

I will end this piece with a formal nod of gratitude for Jon and the people who funneled through him to me. I learned a most valuable lesson from you all. “Follow your Bliss,” whether it comes via pen, paint, photographs, sculpture, or hammer and nails. Embrace it and run with it. It could also come from your pets, Mother Nature, or chasing your grandchildren around the yard. Don’t stop following that, “Bliss.” Jon once shared Joseph Campbell’s mantra in the book cover at one of his book launches I attended. For once in my life I listened to someone’s advice.

As I sit here writing this, I’m raising my glass of milk (for you Ed Gulley) to the air in a toast to all you other, “Bliss” followers.

Thanks for the ride!

Below I've included a few photographs from years of book launches and get togethers.

What Does It Feel Like To Be A Loser?

What Does It Feel Like To Be A Loser?
By John R. Greenwood 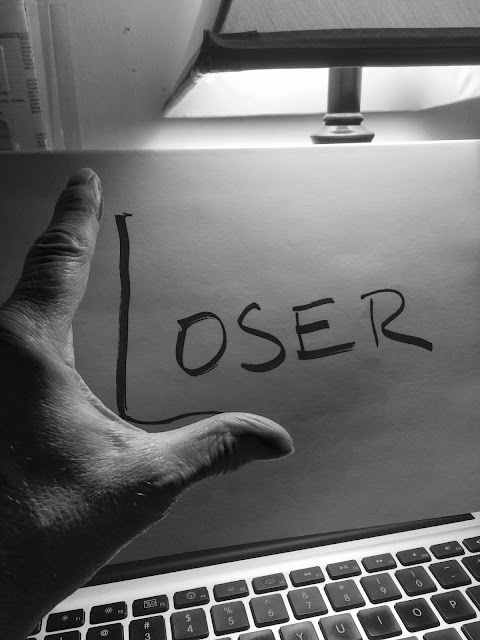 What does it feel like to be a loser?

After peaking my weight somewhere between xxl and xxxl, I once again committed myself to shedding some weight. I have stayed fairly consistent over the past couple of years with my morning routine of stretching and using free weights to keep my back from seizing and my muscles from wilting. The problem is, when it comes to cookie avoidance, my willpower tends to run weak. This past Christmas season was particularly challenging. It seemed like each day from Thanksgiving through New Years someone at work was bringing in a fresh batch of something chewy, crunchy, filled with chocolate, or coated with sugar. It was like living between Martha Stewart and Ina Garten during Sweep's Week on the Food Network. Being weak and polite when it comes to cookie trays can be a deadly combination. So, when several people in adjoining departments decided to start off 2017 with our own, "Biggest Loser" contest it was a no-brainer for me to yell out, "I'm in." In January there were still lingering containers of goodies lurking around our homes and in the office, so we didn't start our contest until February, and then I didn't roll up my sleeves and lace up my sneakers until the beginning of Lent. I figured I needed all the help I could get so I added Jesus to my team. He did his share by keeping me away from meat on Fridays. I also heard a voice from above every time I passed the bottomless candy dish perched on our hutch in the living room, and I get a kick out of the #1 on the back of his jersey.

The main ingredient in my 2017 Thrive To Stay Alive Weight Loss Tour was a magical trick called "Get off your ass and just walk." So, I did just that. I walked every morning, noon, and night, for the last two months. That, along with a divorce from bread, pastry, and cookies helped me achieve "Biggest Loser" status. When I weighed in at 4:30am May 1st I'd lost 25lbs of Halloween, Thanksgiving, and Christmas Cheer.

I'd be lying if I told you it's no big deal. Because, it is a big deal. It ranks second behind quitting cigarettes some 15 years ago. That was a battle that took everything I had and my first grandson being born to pull off. Being a big loser took second in the importance race but both challenges had an immediate impact in my health. It's something we all know but somehow it becomes an insurmountable wall. I also know how fragile success can be. All it takes is a couple of off days or missed routine and the numbers on that scale can climb faster than Morning Glory's up a lattice wall. What inevitably happens is we revert to old habits and easy excuses. I won't say this times different, I know better. I'm a professional quitter. All I can do is keep reminding myself how hard it was getting this far. Hopefully knowing I need to go a little farther down the scale will keep me motivated and honest.

The real test came later in the day when I was reveling in my "Biggest Loser" victory. A longtime coworker from the other end of building happened to be heading in the same direction as I was. We were walking side by side, me with my new svelte swagger, when my (ex)friend reached over and patted my stomach and said, "Puttin' on a little weight there, aren't ya bud?" My lottery win day just got a punch in the kisser. I just smiled my big loser smile, walked away and said, "There's always tomorrow."

Ten more pounds shouldn't be too hard for a loser like me...