A House Of Pizza and Memories

A House Of Pizza and Memories
by John R. Greenwood 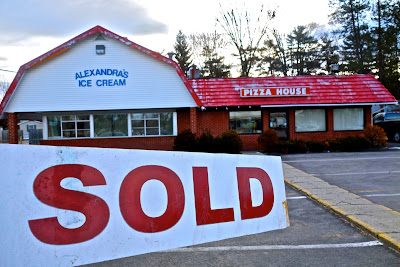 My friend AJ who once worked at both Saratoga Pizza House locations sent me a message the other night. AJ now lives in Stockton Missouri. He has been following my blog and he is aware of my search for a sign from Clem. AJ’s message said he was fairly certain that Clem had painted the menu board at the second Saratoga Pizza House location in the old Dairy Queen on So. Broadway, Saratoga. The Pizza House has been closed for some time now and it has been even longer since the last time I had been in there. I haven’t been inundated with information about possible Clem signs so when I read his message my heart rate rose a little. The next morning I dropped my wife off at work and headed down Broadway. I was very excited and hoping that AJ’s tip panned out. It was sad to see such a once vibrant business sitting there in silent decay. I must have spent thousands of dollars over the years on pizza and ice cream at that location. Multiply that times all the tourists and locals who did the same and you have one crazy big number.

I think the reason you have such fond memories of places like the Pizza House is that each visit was before or after an equally fond memory. One of my first dates with the beautiful Mrs. Greenwood was a movie at the Community Theater on Broadway followed by a small pizza with the works at the Saratoga Pizza House. That was the early 70‘s and the original Saratoga Pizza House was on the other end of Broadway just north of City Hall. There were many other visits after concerts and parties over the years. In later years it was a family event, our young boys fidgeting and poking each other all through dinner. 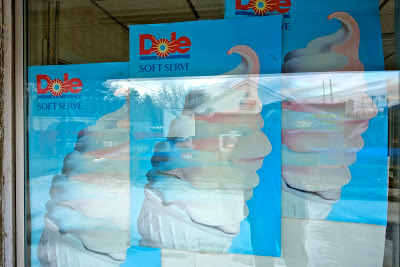 The soul of the Pizza House seemed to dry up after the original owner Steve lost his young daughter in a car accident. The business was sold several years after that and although it continued to be successful it never seemed quite the same. Alexandra’s name still graces the buildings facade. Most motorist passing by never aware of the sadness that comes with the name above.

Now with the history lesson complete let’s peek in the window to see if our search for a remnant from Clem was a success. I’m sad to say it was not. The original white sign with the red hand-painted menu was gone. It had been replaced by one of those plastic jobs with the individual letters and numbers that could be changed in a moments notice. I think all signs should have to be hand painted in this country. We might not be so quick to jump up the price of a burger and fries if every time we did you had to call Clem to repaint them. 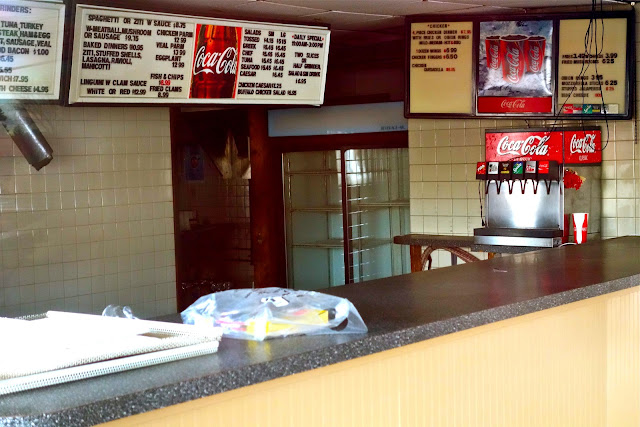 Their are pizza joints, pizza parlors, pizza huts, pizza shops, and pizza places, but there was only one true Saratoga Pizza House.

I may not have found a sign from Clem today but I did make a discovery. "Friends may be separated by many years and even more miles but the memories they share are always close to home."- John R. Greenwood

This post is dedicated to AJ and the love of music he shares with us all.
Thanks friend...
Posted by Raining Iguanas at 11:40 PM