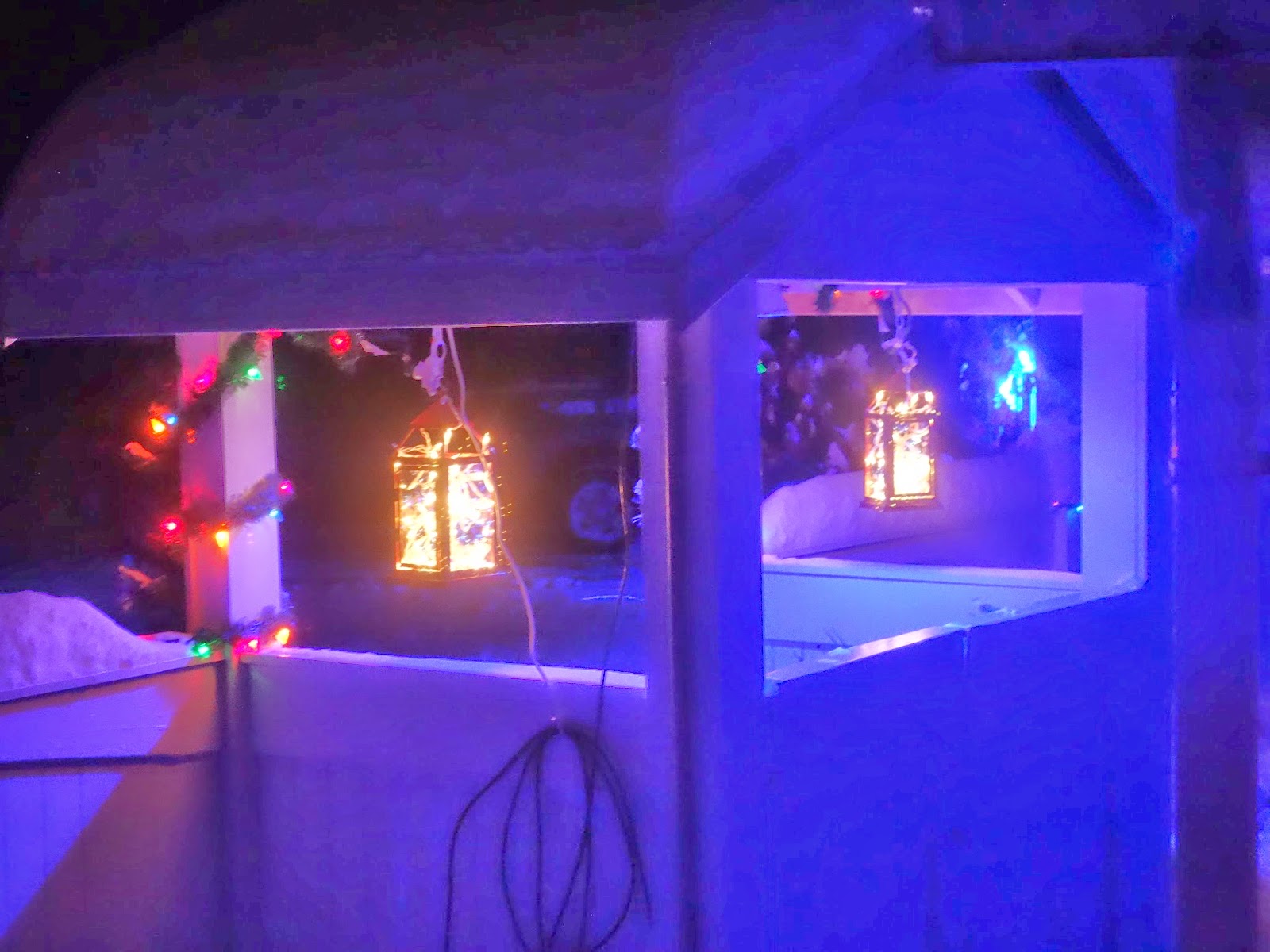 It was old man Crouch who built the big blue shed up on top of Pine Tree Hill. Oscar Crouch spent every morning up there.

Dart was now eleven and he'd spent the last two summers mustering up the courage to find out the reason why. It seemed strange to him that in a town called Wonderville no one felt a need to dig any deeper in to old man Crouch’s business. Dart wasn’t even a teenager yet and he knew being nosy was SOP in a small town. Maybe the rest of Wonderville knew something he didn’t.
Dart liked Oscar Crouch and even though the two never really exchanged more than a polite wave to each other Dart was drawn to this quiet man who walked out the backdoor of his tilting farmhouse and up to the little blue shed seven mornings a week, rain or shine.

Uncle Sparks loved to tell the story of how his birth name of Chester never appeared on anything but deeds or diplomas. Since he never graduated from Wonderville High, Sparks was the only name anyone ever knew him by. Uncle Chester became Uncle Sparks on his birthday, July 4th 1936. Grandpa Cheeks was so happy his son was born on Independence Day that he saw sparks fly when the doctor proclaimed, “You have a healthy baby boy Cheeks! He was born with freedom in his heart and an American flag in his hand.” Dart loved hearing that story and Uncle Sparks and Grandpa Cheeks loved telling it.

Uncle Sparks lived right up the street. There was a dirt path worn through the backyards between the homes. There were no expensive bags of lawn food needed in Wonderville. You were too busy working to mow the lawn. The thinner the grass the better. No one batted an eye at a beaten path through the middle of their lawn. It made a safe bike trail too. The traffic was much friendlier behind the houses.

Wonderville seemed to be the Capital of nicknames and poor Mr. Crouch, Oscar Crouch, had no escape from brave little children yelling across the street, “Look, it’s Oscar the Crouch!” He never looked angry about it. He would simply crack a small, corner-of-the-mouth smile, and keep walking. If he was headed up to the blue shed he never flinched.

Dart got his nickname when he was seven years old. It was in Uncle Spark’s backyard down the street. The lawn was filled with relatives bearing birthday gifts for Uncle Sparks and bowls of potato salad for the combo America/Uncle Sparks birthday party. There were cousins galore all running and playing in the July heat. Dart was seven, a bundle of energy, and the fastest kid to ever wear a pair of Keds. As the crowd of relatives thickened their patience thinned. Just as Harold (soon to be nicknamed Dart) came roaring around the back of the garage, Aunt Sparkles (Yes, you guessed it. Uncle Sparks and Aunt Sparkles) stepped out of the backdoor with a tray of glasses and a pitcher full of grape Kool-Aid. The two of them collided in a slow motion, grape rain that found its way to every bleached white t-shirt within thirty feet. Every man, women, and child stopped in suspended grape animation--everyone but Harold. Harold spun around and saw the look on poor Aunt Sparkles face and he darted for that dirt path that would lead him home. He hid under his bed in a sticky grape panic for what seemed liked days. When his mother found him and led him back to the birthday party the name Dart was born.

In the years between nine and eleven Dart began fine-tuning his observation skills. His energy tapered off and his curiosity began to take its place. Old man Crouch was at the center of that inquisitiveness. Dart’s friends had tired of Oscar the Crouch. They were on to other adventures. Dart headed in the opposite direction--up to Pine Tree Hill.

The blue shed was maintained in opposing condition to Crouch’s crooked farmhouse. The shed was as neat as a pin on the outside. Dart was pretty sure it had been coated with fresh paint every year since it was built. There were two large windows with heavy shudders. Crouch would open them while he was there and close them each day before he left. The forged steel clasp on the door had an antique oil-soaked lock on it. There was nothing outside but flower boxes on the windows. During the summer they were always stuffed with big white petunias that always looked like they were smiling. The contrast between the white petunias and the blue shed made a striking statement at the top of Pine Tree Hill. It gave off a calming aura, it was as if it were trying to say something. Dart could feel this even as a kid. He couldn’t understand why people in town weren’t up here poking their nose into things.

It was the last week of June and school was already a distant memory. Dart got up each morning when his father left for work. One morning after two slices of  peanut butter coated toast and a glass of cold frothy milk he rode his bike down the backyard path and up to the bottom of the hill where he had a good view of the blue shed. There he would let his imagination meander as he waited for old man Crouch to pass by. Dart had taken a courage pill this morning, he was going to ask Oscar Crouch if he could come inside the shed and look around.

What’s the worse thing that could happen?

He could see Crouch coming. He was carrying a heavy paper bag, the kind you use to get at the grocery store, the ones you don’t even see anymore. Dart saw that as an opening.
As he approached, Dart called out to him, “Can I carry that bag for you Mr. Crouch?”

“Certainly, that would be very kind of you.” Crouch replied. “What are you doing up so early anyway?”

“I get up and have breakfast with my father. Most of my friends aren’t even up yet. I came up to Pine Tree Hill to ask you a question. Do you mind?”

Dart wasn’t expecting such a quick and easy response. It took him off guard. He took a deep breath and let it fly. “I see you come up to this blue shed every day. You never miss even one. What do you do in there? Can I come inside?”

“Well Dart it’s a long story, only the old-timers in town know. The younger folks are too busy to care and you and your friends have probably made up some crazy kid theory of your own. The fact is Dart, I make wooden toys by the bag full, and yes, you are more than welcome to come inside and look around. It would be nice to have some company.
You see son, Mrs. Crouch and I couldn’t have children. Her health issues prevented us from even adopting. She passed away many years ago. I promised her I would find a way to get children into my life. I have been making these simple little toys ever since. Come on in, I have a wooden puzzle for inquisitive little boys like you.”

Inside the blue shed was a thick wooden workbench ten feet long. It was surrounded by meticulously kept tools of all kinds. The smell of fresh pine filled every corner of the building. The white petunias engulfed the view out the windows. Dart felt like he was in Santa’s workshop. In a way he was. The two of them stood there looking at each other smiling.

Even though Dart finally knew what was in the blue shed he still felt there was more to the story. He couldn't help but wonder why people didn't talk about it more. As he slowly walked around the shop looking at all the toys in various stages of construction he couldn't help but wonder why many of them were painted in the same blue color as the shed.
"Mr. Crouch, why blue?"
For the first time Crouch paused without answering. He stood there looking out at the giant white petunias.
"You see Dart, my wife Petula and I were both the only children in our families. Neither one of us came from large families but we lived on either side of a family much like yours. It was a family where aunts and uncles, brothers and sisters were as thick as a June hayfield. We both loved spending our time there in the chaos of a large family and when we grew to love each other as adults we vowed to raise a house full of kids after we married. This town saw us grow up together and when we found out our home would be one without children the town shared our grief. We promised each other that we would not let our situation sour our love of children so we pretty much adopted an entire town full. People in town always admired my wife's ability to keep a full generous heart even though they knew the pain it held. She died in a winter storm the week before Christmas when her car got stuck on the railroad tracks just outside of town. The back seat was full of presents. She was taking them to the orphanage in a town north of here. The town was silent for months. I was devastated as you can imagine but slowly the people in town pulled me out of my shell. They encouraged me to begin making toys again. They said, "Do it for Pet." So that is what I did. I have been doing this ever since. The color blue came from Pet's love of the song Blue Christmas. Although it brings me to tears it also brings her close to me when I hear it. I know you're young and you may not understand but someday you will."
Dart stood there clutching a wooden train engine painted deep blue with red wheels and a green roof. For some reason he knew exactly what Oscar Crouch was saying, and feeling.

BLUE CHRISTMAS
I'll have a blue Christmas without you;
I'll be so blue thinking about you.
Decorations of red
On a green Christmas tree
Won't mean a thing
If you're not here with me.

And when the blue snowflakes start falling
That's when those blue memories start calling
You'll be doing alright with your Christmas of white,
But I'll have a blue blue Christmas.

This story was a submission to a short story contest I entered. In the end I wrote two stories, the first of which I considered practice. It's called "Photograph In The Closet". You can read it here.

Posted by Raining Iguanas at 9:34 PM