It was a typical Saturday morning about eight o’clock and I was putting the finishing touches on a replacement window I installed earlier in the summer. I never finished trimming it out and this morning seemed just right for that adventure. These are the simple projects that I enjoy but procrastinate over until my guilt grabs me by the nape of the neck and gives me a little shake. I always say it’s not the project that I hate it’s the set-up and clean-up. I also tend to be easily distracted by shiny objects, or as was the case today, an old vintage book on the bookshelf that was next to the naked replacement window I orphaned back in late June.

What I noticed as I was wiping caulk from my forehead was an old book my grandfather had given me in 1963 when I was eight. I was still standing on the stepladder with the caulking gun tucked under one arm when I reached over to the top shelf of the bookcase and pulled out the 1894 book. The title was, “The Cave In The Mountain” by Lieutenant R. H. Jayne, or so I thought. Google politely informed me as I was taking my first coffee break, just ten minutes into my project, was that Lieutenant R. H. Jayne’s real name was Edward Sylvester Ellis. Ellis wrote under dozens of pseudonyms including Lieutenant R.H. Jayne. He was one of the more successful writers of dime novels during the 1800’s. It is said that one of his books, “Seth Jones” was one of President Lincoln’s favorite stories. 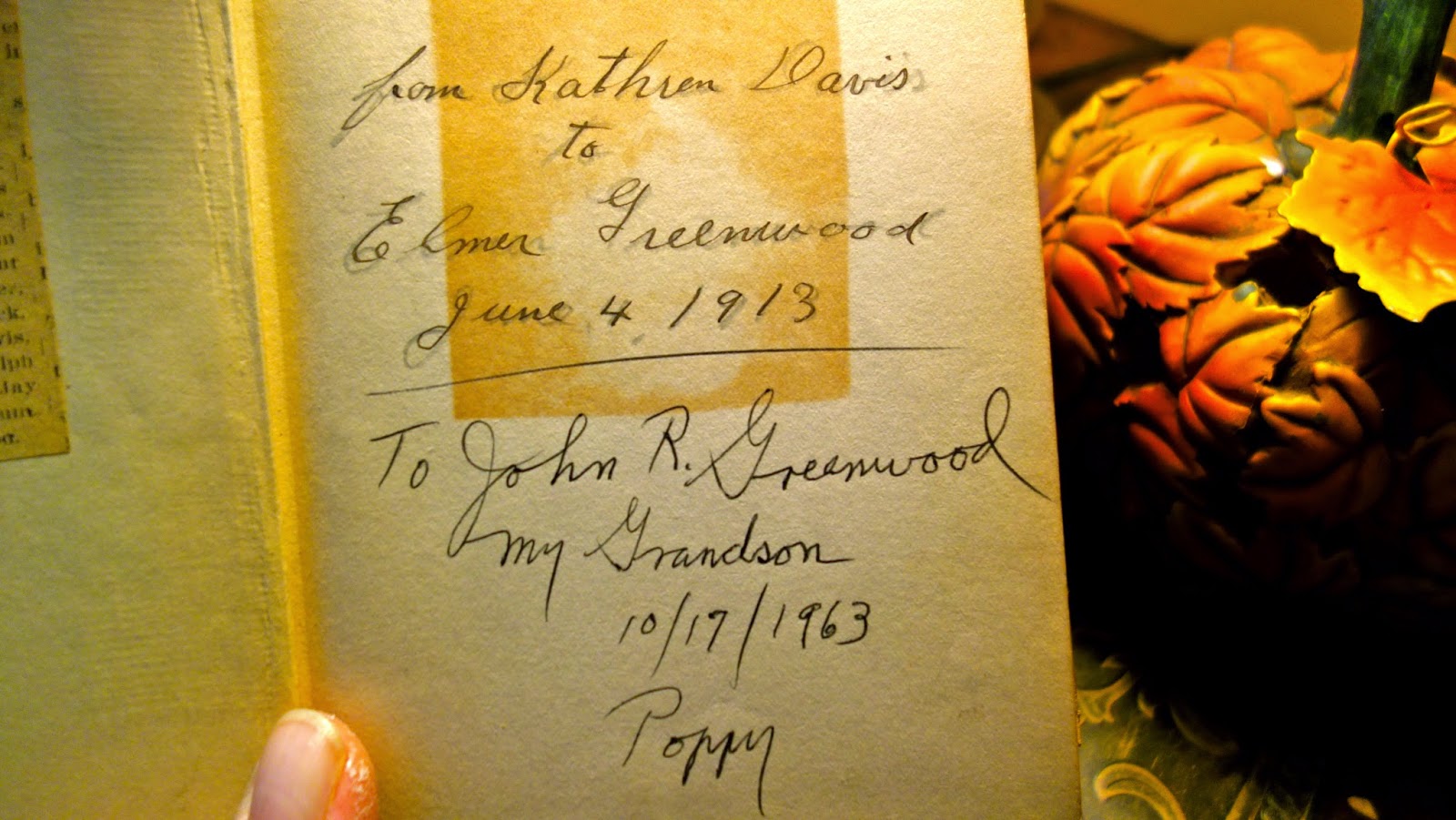 What fascinated me was what was inside the front cover of the 120-year-old book. It’s there where I find that the book was a gift to my grandfather in 1913 for his 14th birthday. He gave me the book in 1963, fifty years later. I remember staying overnight at my grandparents this particular night. He gave me the book the next day while I was helping him with some chores around the house. I was in my Hardy Boy’s book reading years back then. My grandfather’s, “Cave In The Mountain” was his 1914 version of my 1963 Hardy Boys Mysteries. I’m sure he handed me that book with fond memories of his boyhood swirling in his head. I hadn’t opened it in years. It brought back find memories of time spent with my grandfather. I now had three grandson’s of my own and it made me look at that inscription through a much different set of eyes. The number of years was enough to give you pause but what inspired me to grab my laptop and starting writing about it was the speed at which those years between being a grandson to being that grandfather had taken place.


I read through the list of guests that attended my grandfather's 14th birthday and realized that all of them are surely gone. I still live and work within thirty minutes  of where that party took place so it’s likely I’ve driven by the homes where they grew up or by the cemeteries where they’ve been laid to rest. What an experience it would be if I could go back to that birthday party with my camera and notebook and start putting it all down on paper.

Here are attendees of my grandfather's 14th birthday party on June 4, 1913: 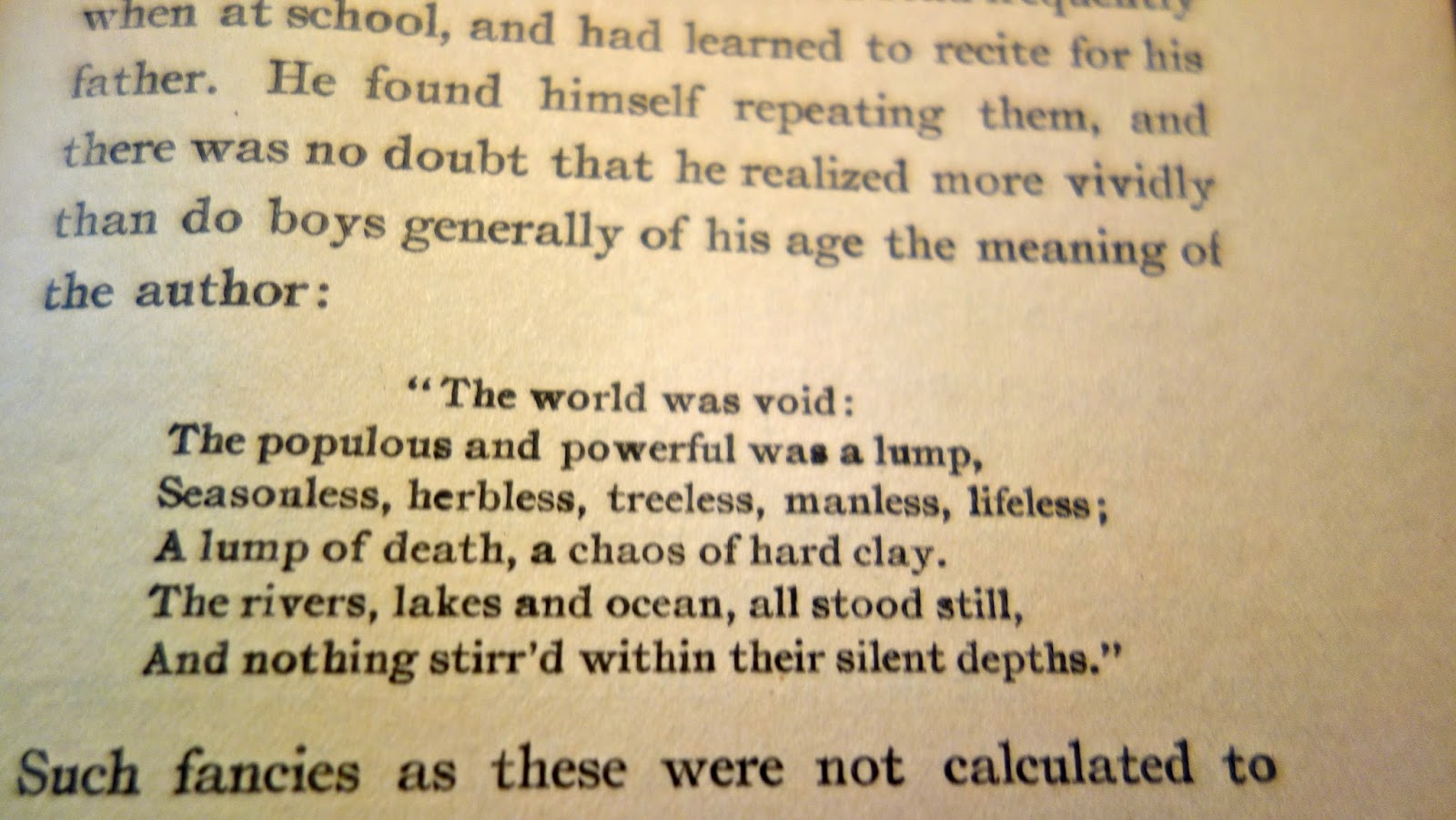 I opened the book once more, randomly, right in the middle, and the passage to the left caught my eye and my emotions.

“The world was void:

The populous and powerful was a lump,
Seasonless, herbless, treeless, manless, lifeless;
A lump of death, a chaos of hard clay.
The rivers, lakes and ocean, all stood still,
And nothing stirr’d within their silent depths.”


I read it over and over and suddenly I realized I was watching a current version of the evening news. The fighting, the violence, the pain of poverty and despair was being sensationalized for profit. The world is, was, and will be used for lots of the wrong things and few of the good things. I’d gotten all this from one little re-visit to an old book given to a young boy once, twice and maybe more to follow. The world is becoming a lifeless stone and we must revive it’s vitality. We don’t need to go back to heyday’s or the good-ole-days, we need to recreate the good-new-days, the I-can’t wait-to-get-moving days. We need to grab books from shelves with one hand, caulk windows with the other, and figure out that life is about doing both things at the same time and doing it with vigor and purpose. 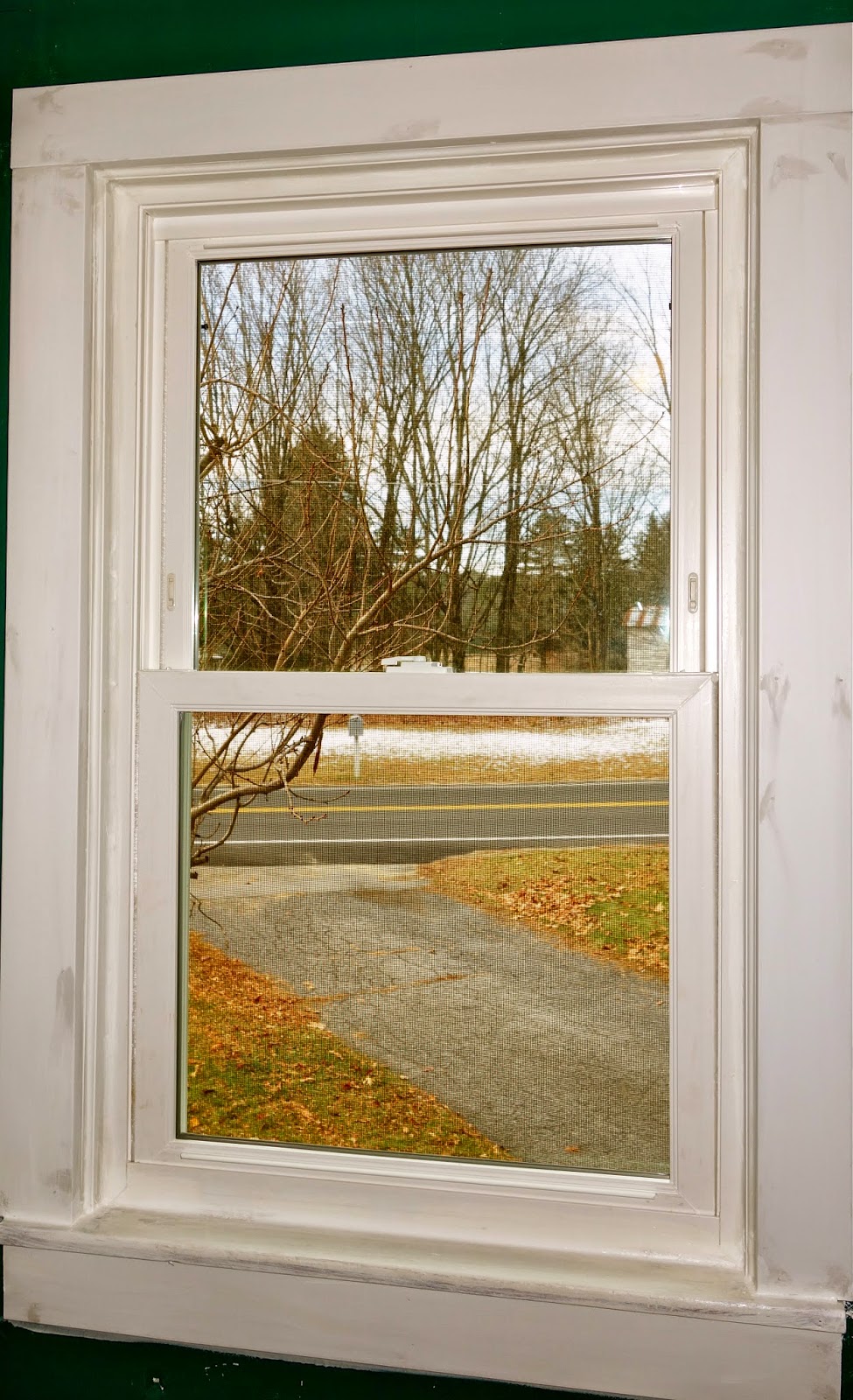 Yes, I did complete trimming out the window and for some reason the view seemed to have a crisper feel to it. It had to do with the added bonus it provided me on this otherwise uneventful morning in November.

That's the way it should be.

Life should show up whenever it feels like it, but you have to be paying attention so you don't miss it.

Posted by Raining Iguanas at 3:40 PM