Of Mice And Men

Of Mice And Men
By John R. Greenwood 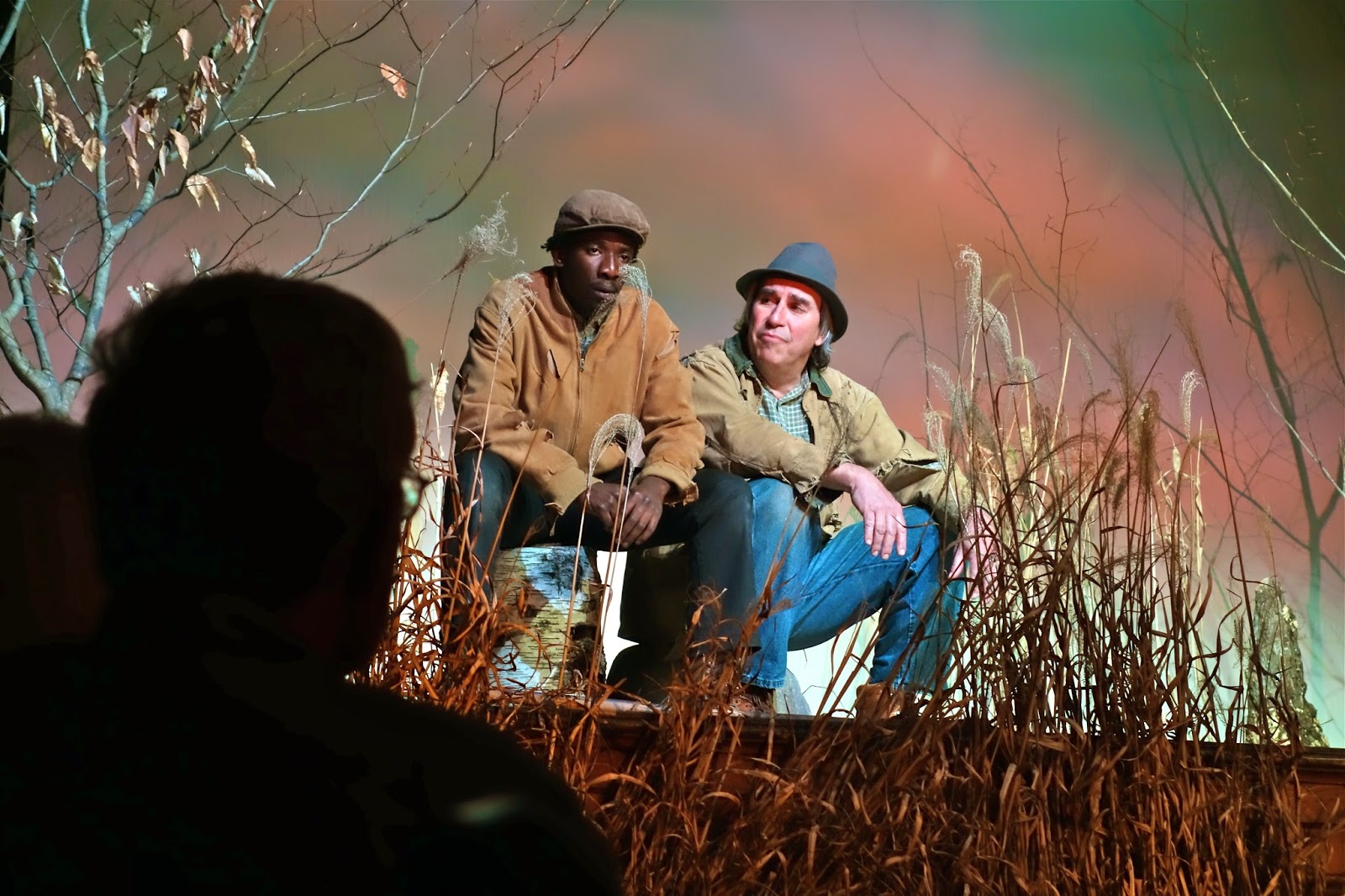 This weekend was chock full of exciting events on television. There were multiple NBA game 7’s, and Stanley Cups Playoffs. NASCAR was full throttle at Talladega and Titleist golf balls were flying all over Quail Hollow in Charlotte. The Kentucky Derby was won by an $8,000 horse with a 77 Year-old trainer and I’m sure there was a Dog The Bounty Hunter Marathon on some cable station somewhere. But, my wife and I had the best seat in town. We had tickets to a play at the Hubbard Hall Theater in Cambridge. 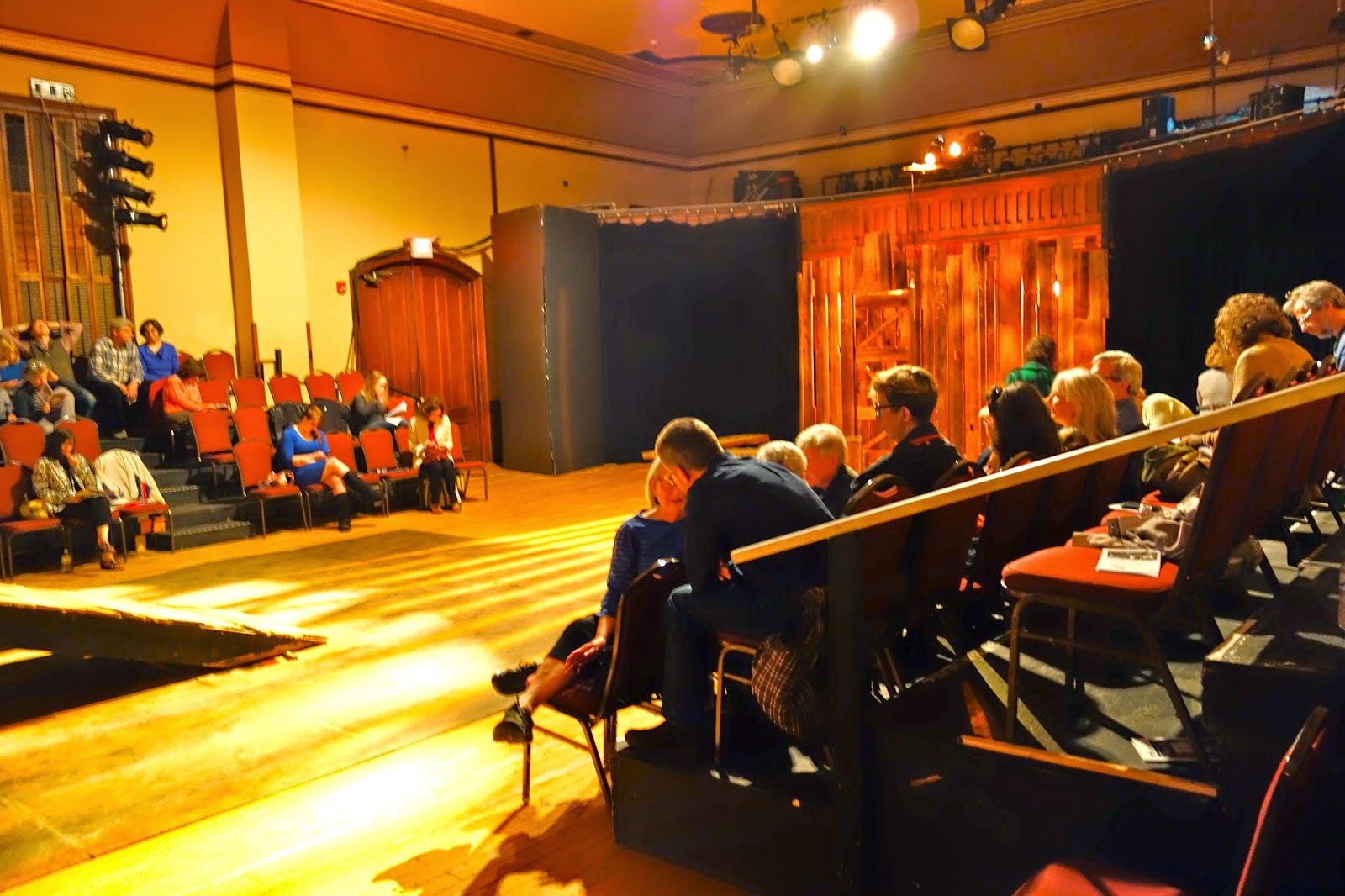 John Steinbeck’s 1937 play, “Of Mice and Men” was on the playbill and you couldn’t have asked for more bang for your buck. The theater was set up with the seating on either side with the stage and the actors sandwiched in the middle. You could literally reach out and touch them. It felt like everyone in the building was a part of the play. The highlight of the evening for me was watching Chris Barlow skillfully master the part of Lennie. Chris’s wife Rachel Barlow was a member of the Hubbard Hall Writer’s Group that I was fortunate to be a part of. I met Chris at their home a couple of years ago when Rachel and Chris graciously opened their home for one of our group’s meetings. I knew after I met this large statured man with the warm and generous personality, that seeing him play the part of Lennie was a, “have-to”. I was not disappointed. I jotted down the paragraph above around midnight after returning from the play. I was running out of steam but I wanted to solidify the evening in words while they were still fresh and clear. Below is what I sat down and wrote the next morning. I reached for my glasses and my pen as the alarm went off. I had witnessed something special Saturday night and it needed to be shared. 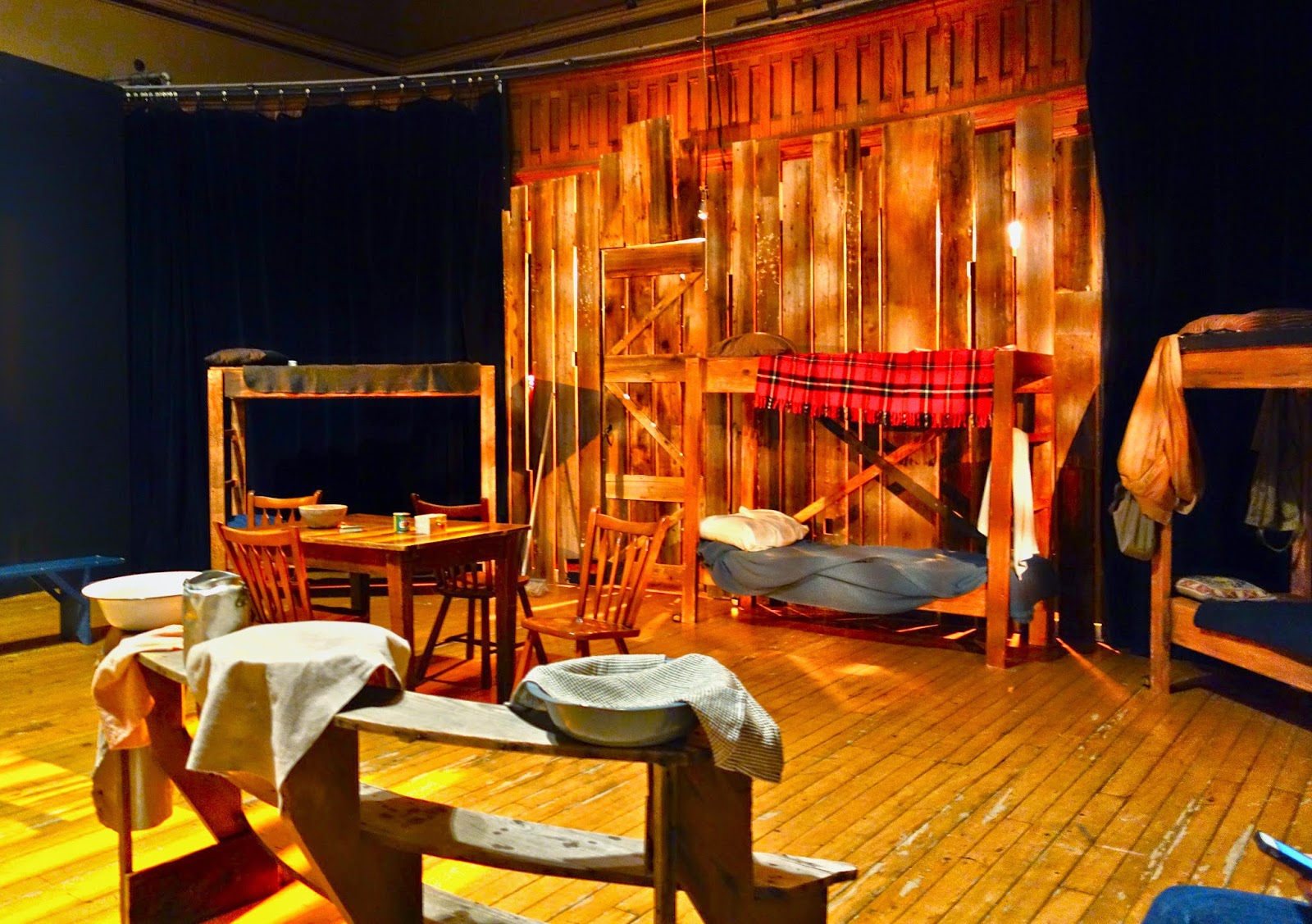 Not one cough or clearing of the throat could be heard during the key moments of Mice and Men as it played out before my wife and I last evening. There on Main St. USA, real life was being played out just an arms length away.

When the shot rang out that killed Candy’s dog, the only sound was the gentle creak of an 18th Century board beneath the actor’s feet. The actors had our attention--their voices were loud and clear. This world is crowded with youth and it’s stars. They struggle to find a place for us used up old men with missing parts and bent backs. At least that's what I heard in the moment.

Hubbard Hall and it’s production so finely directed by Jeannine Haas was much more than just a Saturday night out with my wife on her birthday. It was a gift to us both. A gift of truth. The message of this seventy year old play was as relevant and as clear today as any I’d heard delivered during the entire back-breaking winter that preceded it. Life is tough and can be painfully unfair. The soft things don’t last. Warm puppies grow up, you have to savor their warmth while it’s in the crook of your arm. Those tender moments we share wash away in an instant. They disappear like the songbird that flits away the moment you step to the window to see, as well as hear. The cruelty of everyday life comes right back at you the next day, it’s talons straight out reaching to grab your arm and whisk you off to the next task.

The impact of those actors and all their hard work; the commitment of all the Hubbard Hall volunteers: the generosity of the community that opens it’s heart and wallet in support of this venue; and the presence of such a vintage place, filled with vintage air will last long into the summer and far beyond for me. The gift of, “Mice and Men”, was so much larger than watching a game winning three-pointer, or a two minute Kentucky horse race. The Main St. USA, event to me, was the essence of play giving. It was live and life. It was real. So real, that an old hall filled to the brim whispered nothing more than the soft squeak of an old pine board when an old dog gets shot. Every heart in the theater felt that shot clear down to the bone. Every word uttered in Hubbard Hall last night soaked into our skin like thin stain on a rough sawn board.

I would list each actor and how their fine performance entertained my eyes and ears for a couple of hours but this piece is about something even larger than praise and accolades. This piece is about preservation and perseverance. When you stop and think about how many of these old theaters there used to be stretched across this country you realize what a treasure we have here in Cambridge. Like a crown jewel in a glass display we must insure this treasure remains here for our grandchildren and theirs. Everyone deserves to hear George and Lennie’s voice--Steinbeck’s message. No sudden death playoff at Quail Hollow can replace what a community witnessed last night at Hubbard Hall, five feet away, inches from our hearts, on May 3rd, 2014. 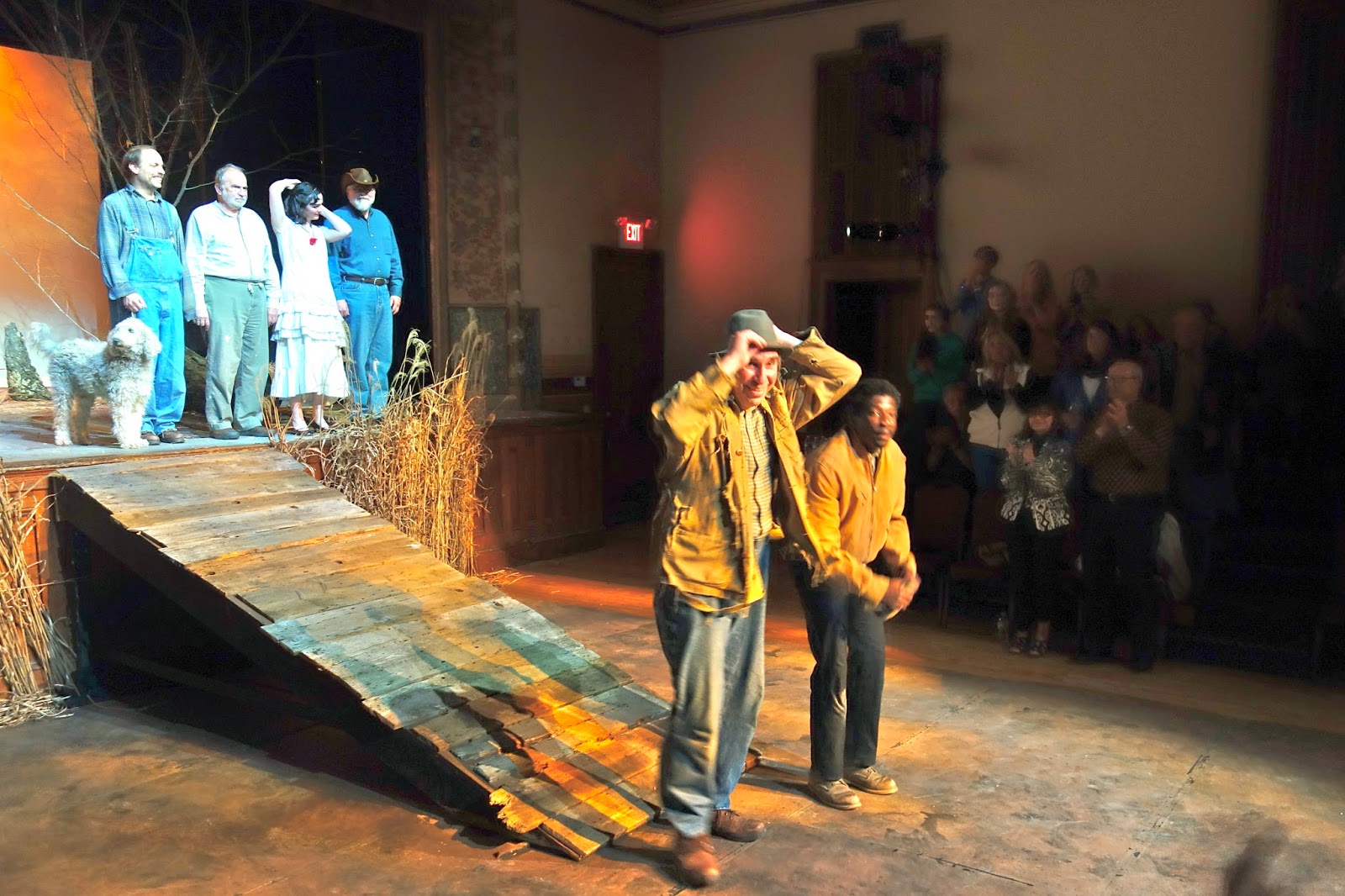 When George pulled the trigger that ended the night I simultaneously reached for my camera and my pen. I wanted to capture the feeling that I had; we all had. The silence that echoed in that rustic hall reverberated down stairs and up Main St. Cambridge last night. It touched people in ways they haven’t yet felt.

To all the actors, volunteers, and supporters of Hubbard Hall and places like it, I thank you. The gift I received last night will stick to my ribs like a bowl of warm oatmeal. I encourage anyone reading this to support places like Hubbard Hall with your heart and soul because that’s exactly what they gave us all last night...

Posted by Raining Iguanas at 10:05 AM