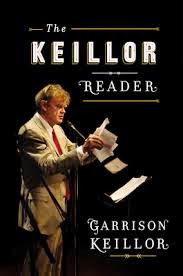 It really upset me today when I attempted to share my excitement about going to see author and radio personality Garrison Keillor in Manchester Vermont and no one, not even my well educated physician had heard of him. It still disturbs me. I tried to explain the gist of Prairie Home Companion but that only deepened the chasm of understanding.

The doctor hung her head and apologized for her lack of familiarity with Mr. Keillor. She said she did enjoy public radio but with two young daughters her opportunities to control the car radio were limited at best. A short commute of six minutes also played a part in her explanation. I proclaim to be a sharp shooter from the foul line in order to set common ground for unproven proclamations. I forgave her but not without making her promise to Google him between patients.

She smiled and said she promised, and I believed her.

Skip ahead eight hours and Mrs. G and I are in the Manchester Elementary Middle School auditorium listening to Garrison Keillor sing “My Country,’Tis Of Thee”, tell jokes about drunken walruses, play tug of war with WMAC’s Joe Donahue, and entertain a couple hundred people for an hour the way they should be entertained. The auditorium was comfortably packed with lots of grey and thin haired fans who’d also experienced life prior to cell phones and cable. You could sense the fear in the audience about how close to extinction this type of entertainment was. There was a good chance that we might be some of the last people to witness true storytelling in all it’s grace.

I was inspired by Garrison’s words of “cheerfulness”, as he called it. The word being the title of the last chapter of his latest book, “The Keillor Reader”. The crowd sat silent as if absorbing some final blessing from the king of insightfulness. He told stories of his parents cheerfulness and how it spread throughout the family. He encouraged us all to embrace being cheerful, saying the key to it was, “Forward Movement”.

When we got home that night it was late and I was tired but I felt a strong pull to get my thoughts of the evening down on paper. It was something I didn’t seem to have much control over. As soon as we got settled I grabbed a pad and pen and began jotting down this piece. I had taken Garrison seriously. I wanted to keep moving forward. I wanted “cheerful” in my life.

As soon as I had my thoughts down on paper I opened up “The Keillor Reader” and did the unthinkable. I went to the last chapter and dove in. As I read, I highlighted the highlights and noted the notes. I realized I'd gotten more from that evening of organic sharing than I would have at any overhyped movie at the mall--I think everyone did.

This piece is about simple pleasures and how they affect us. Garrison Keillor has made a living bringing our pulse rates down a notch while the rest of the world gets rich manufacturing ways to raise them. I believe at some point we will exhaust our ability to produce adrenaline. Our bodies will crash from overindulgence and all that will remain will  be an empty shell. Our minds will stand like abandoned mansions in overgrown lots where no memory of the glory days remain. I'm scared for those in line behind me. It not about being nostalgic, I'm looking forward to the future as much as any high school quarterback sharing his acceptance letter with his parents; it's the people who are waiting to skim off his future that concern me. Greed has obliterated personal responsibility. We keep grabbing for more, thinking it's the key to personal fulfillment when in reality, embracing simplicity and fresh mown grass is the answer to long lasting cheerfulness.

So, Mr. Keillor, I thank you for your time and your career. Your stories and your calm have found their way into the hearts of many. I am hopeful that the world in it's rotation will someday reboot our desire for peace and quiet. And in that rebirth we re-sort our priorities and pleasures. Maybe then when I announce my excitement about listening to a storyteller who makes a living with voice and written word it will result in more recognition from the world around me.

Posted by Raining Iguanas at 7:52 PM

Email ThisBlogThis!Share to TwitterShare to FacebookShare to Pinterest
Labels: Wisdom