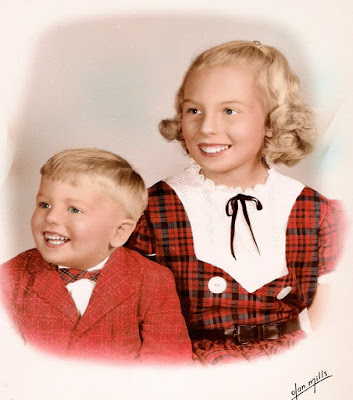 e-mo-tion
noun
a natural instinctive state of mind deriving from one’s circumstances, mood, or relationships with others.
“she was attempting to control her emotions”
synonyms: feelings, sentiment, reaction, response
“she was good at hiding her emotions"
- passion, strength of feeling, warmth of feeling
“overcome by emotion, she turned away”

Do you see a pattern in the Google definition above of the word emotion? They are as clear as a Windex’d mirror to me. The first pattern I noticed was all three three quotes were made by women. It’s as if the male side of the equation should have no involvement with the word. Most men blush just saying the word. If I used the word at work I’m sure groups would instantly form and the whispering would begin. The only emotion men are allowed to share publicly is anger or excitement; one manifesting itself in traffic on the way to the big game and the other when our team wins in overtime with a 58 yard field goal.

Surely, we are not allowed to show sorrow or concern for someone’s pain or good fortune.

The second thing I picked up on was the fact that each scenario is about controlling, hiding, or being overcome by emotion. None of the descriptions painted emotions, or being emotional, as a positive attribute. Since our earliest recollections men are trained to bury and mask our emotions. Imagine the world if men showed visible empathy toward another mans misfortunes. The universe would implode before our eyes.

These two points lead me to the photo of my sister and I at the top of the page. It sat on a table in our family home from the day it was taken until our parents passed. Emotion flows from the faces of my sister and I. We have both been “accused” of being emotional. It’s as if it’s a diagnosis of some incurable disease. As a normal teen with a hint of a rebellious vein whenever my sister tested the boundaries of adulthood things seemed to go awry. Her high-spirited nature led to her being labeled as “too emotional”. As an adult man who’s responsible for the health and welfare of dozens of men with families, not a day goes by that one of them doesn’t experience a life altering event, good or bad. They count on me to be there for them. For me it’s automatic to weep for their losses and cheer for their successes. I struggled one day when I had to terminate a long time employee. Regardless of the circumstances it was taking a toll on me. I was told I needed to take the emotion out of it. Having a bit of a rebellious side myself I fought the idea of turning into an uncaring and emotionless being. Instead I made a vow to myself to do the opposite. I cranked up the emotional dial and embraced it. If I felt bad for someone’s situation I would put my hand on their shoulder and tell them so. If I was proud of an accomplishment they’d made I’d do the same. I didn’t suppress my fear of being labeled as a weak or sensitive man, I ran it up the flagpole and shared my emotion. It made me stronger not weaker. It felt good not to worry about anyone’s interpretation of me. I’ve never for one moment regretted wearing my heart on my sleeve. It’s here right now spilling out onto the page.

I love my sister and her emotional side because it shows how much she cares. We don’t have to agree on political or religious issues or who’s going to win the Superbowl. The only thing we have to do is allow and accept each others emotions. The rest will follow.

We've both now passed the sixty mile marker. She’s still my big sister and my hero. All I have to do is look at the photo of us above and I get emotional.

Got a problem with that?

I didn’t think so.


Posted by Raining Iguanas at 8:17 PM