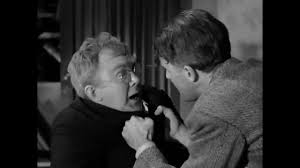 Have you ever experienced the same panic Uncle Billy did when he realized he misplaced the $8,000, Bailey Bros. Building and Loan deposit in the movie, "It's A Wonderful Life?"

The majority of my dairy products were produced at the Saratoga Dairy (Now a vacant lot on Excelsior Ave). Saratoga Dairy was the milk production side of Stewart's Ice Cream until 1995 when milk production was moved to the ice cream distribution plant in Greenfield and the two entities became Stewart's Shops Corp. Price's Dairy had cooler space and it's own access door at the Saratoga Dairy. We called the space "The Cage," because in the 60's and 70's there were a few milk dealers still around. Hyde's and Pitney's were at least two others who shared cooler space there. We called them cages because each dealer's space was separated by chicken wire surrounds. This allowed plenty of air flow and kept the orders from being mixed with each other.

On a Friday in August I would make some 40 plus stops all within the city limits. I would have to return to the plant two or three times a day to take back empty milk crates and replenish our small trucks. It was hectic and hard work but I loved it and I am forever grateful to Victor Price for giving me the opportunity to run a business at such a young age.

Running your own business is demanding, especially when you are in your early 20's and you are already supporting a wife and two young boys. My wife handled all the billing and calls from home and I spent 6-7 days a week keeping Saratoga supplied with dairy products. Much of my business was cash. In August it was lots of cash. More cash than I'd ever handled in my life. One day I had a small Adirondack Trust deposit bag stuffed full of cash and checks. The deposit was over $4,000 dollars. It was good portion of the weeks receivables and my wife handed it to me as I left the house. "Can you please stop at the bank and deposit this for me today? I have things I need to get done around the house. DON'T LOSE IT!"

Stopping at the bank wasn't the problem, ninety percent of my day was running up and down Broadway. With the Adirondack Trust smack dab in the middle it would take less than two minutes to run in and make the deposit. The problem lies in the "Uncle Billy" in me. I tend to struggle with more than two vegetables on my plate. The phrase, "He must have seen something shiny," was created with me in mind. I had several deliveries to make before I got close to the bank so I did the safest and most responsible thing I could think of. The milk trucks of the day had a hand controlled door between the cab and the back compartment. All you had to do was pull the lever toward you and the split door would part in the middle giving you access to the refrigerated compartment behind you. I threw the deposit bag in an empty milk crate in the back, put one or two on top to double up security, closed the door and continued my deliveries. Around four o'clock in the afternoon I was across town delivering to the Hall of Springs. I'd already logged a 12 hour day and was running out of steam. There was a big concert at SPAC that night and traffic was already choking the Avenue of Pines in both directions.

That's when I had my Uncle Billy moment.

I'd forgotten to make the deposit and the bank would be closing soon.

Never in my life have I been so scared!

My mind raced in a dozen directions. I couldn't focus or relax. What did I do with it? Did someone steal it? My heart was pounding.

The feeling was almost worse than the, "I've misplaced my toddler panic."

My wife is going to kill me! But, not until I find the bag. She'll tell me to retrace my steps.

I unloaded milk crates at the Plant. It's got to be there somewhere!

That's where it's easy to put myself in Uncle Billy's shaking boots. Now I'm hoping beyond hope that out of hundreds and hundreds of red milk crates piled high on the loading dock that one little deposit bag smaller than my lunch will turn up. The problem is I'm across town. Traffic is gridlocked. All the "real" trucks with hundreds of empties on them will be returning to the plant and unloading their empties on top of mine. It will be like finding a $4,000 needle in a milk crate haystack.

I return to Saratoga Dairy without suffering a heart attack, getting a ticket, or running over anybody.

Where do I start?

I jump out of the truck and start walking the stainless steel chain that circles the plant. The chain is like a set of train tracks carrying stacks of milk and empty milk crates from production, to the cooler, out to the dock and back in again. It hadn't been that long since I was here last so I was hoping my empties would be close at hand. There were lots of variables on what might happen to that deposit bag. The scariest one of course was it being covered by half gallons of milk and going back out into the world. The crates could get buried and not be used for weeks. At first I was too embarrassed to share my Uncle Billy moment but having worked side by side with every guy in the building I knew they would do anything to help. It's funny, the last thing I even considered was someone finding the bag and not saying anything. I've been blessed with being surrounded by George Bailey's throughout my life.

My saving grace came in the form of a mechanical malfunction. There was a piece of equipment similar to a railroad track switch that funneled the stacks of empty crates into what was called the de-stacker. The crates would hang up there and at some point they would come tumbling down like dominoes. On any other day that would result in a swearing barrage, today was different. As I rounded the corner there was a pile of milk crates strewn across the floor. Buried in the middle of the pile was a blue bag and my future. My guardian angel will be a first year inductee to the Guardian Angel Hall of Fame. I don't recall who if anyone was there at the time. It was over thirty years ago. I do remember such an overwhelming sense of relief that I probably wanted to cry like a baby, but first I needed to get that money in the bank.

I watch Frank Capra's gem once a year with mixed emotion. On one side I enjoy the narrative and the acting. On the other I am always reminded of my Uncle Billy moment and how devastating it would have been if I hadn't recovered that deposit bag full of money. I decided to document this story after my friend Chris Barlow commented on how much a photograph I posted on Facebook looked like Bedford Falls. It was a George Bolster photograph of Broadway in Saratoga Springs taken in the winter around the1940's.

When I was in the middle of writing this my wife asked what I was writing about.

She looked at me with curious eyes.

"You never told me about that!"

My Uncle Billy moment was about to double in value.

Some stories are better left alone.


Thanks a lot Chris.

Note: There are several links throughout this piece, each one bringing you to another one of my Saratoga Springs memories. Please take your time and look around. hopefully one will trigger a smile or two. 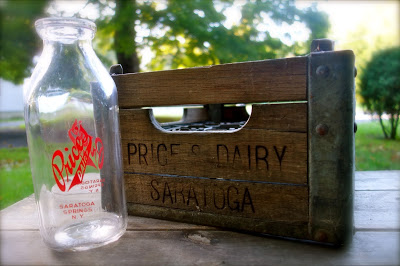 Posted by Raining Iguanas at 7:13 PM