Jetson's To The Flintstone's
By John R. Greenwood 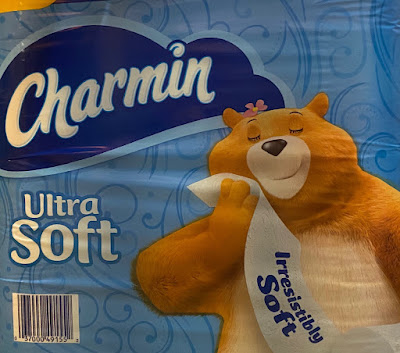 We've gone from the Jetson's to the Flintstone's in just a few weeks. Life as we have grown accustom, has come to a screeching halt. It was like watching Fred bury his heels in the dirt to avoid t-boning a runaway Brontosaurus. Our lives have gone from sixty to zero overnight. We may have turned the clocks ahead to save daylight, but our lives have been rolled back to save lives. And it's just the beginning. The severity of our predicament came abruptly, and put our Charmin' lives in the outhouse.

I have always tried to flaunt my optimism. Some might argue that point, but I do my best to lean more Anne Lamott than Denis Leary. That theory was tested the other day when I exercised my social distancing skills by going for a walk down my road. I wrote about that walk in the previous post. My walk turned into a road adoption, and instead of my glass being half full, I came home 45 minutes later with an overflowing bag of empty liquor bottles and a diminished view of my fellow man. I found myself in a pessimistic pickle.

Jump ahead two days. After reading dozens of stories about people pulling up bootstraps and grabbing tigers by the tail, I decided to see a doctor. I didn't need to make an appointment. I have a physician friend who makes house calls. All it takes to see her is a mouse-click and her expertise will come to your doorstep. Her name is Jen and you can find her blog Pound of Prevention here. I first met Jen as a member of a writing group. We were a small group of like-minded, beginning writers with hopes of learning more about the craft of sharing our thoughts with the rest of the world. Our group turned into something much more than that. It became an oasis of support and positivity. The residual effect has lasted for years and continues today. The piece she had posted was titled "Containing Coronavirus (Fears)." Who better to explain the current situation than a practicing physician with a compassionate heart. She did just that. Her thoughts were personal. Her advice comes from the soul of a physician/mother/wife/citizen/friend/writer. Her opinions and guidance have been mirrored by many across the internet. On the flip-side, there is no shortage of negative, judgmental, and whining commentary. I'm trying to avoid those as much as the virus itself. The best advice I heard came from the governor. He said it's vital that in all this turmoil, we stay, "productive." That can come in many forms and interpretations. That's the point, what's best for you may not be best for me. Find a comfort zone. Know there is light at the end, but we need the support of each other along the way.

My goal is to stay positive and productive. Ranting about a littered roadside today is neither. I don't want to be Walter Matthau in Grumpy Old Men, I'm more comfortable in Fred Roger's shoes. I was going to delete my trash-rant post from the other day. But on second thought, I think I'll keep it there as a reminder—a sort of Turning Point of the American Revolution of Attitude and Productivity.

Take a minute to visit the doctor on her website. She gives sound advice.

Who do you think was happier, George Jetson in Orbit City, working at Spacely Space Sprockets? Or, Fred living in Bedrock, working at the Slate Rock and Gravel Company?

I'll give you a clue.

Posted by Raining Iguanas at 12:40 PM