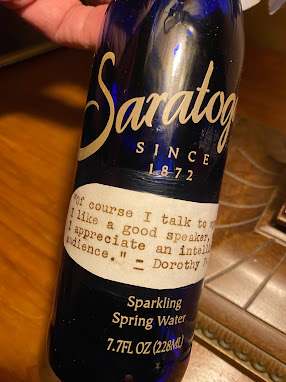 It’s been three years since I released a quote emblazoned bottle back into the wild. I began my ‘bottle release program’ in February 2018. I believe this evenings release will be #9. I’m only aware of the whereabouts of one or two of the eight that I set free three years ago.

“Of course I talk to myself. I like a good speaker, and I appreciate an intelligent audience.”

I stole the quote above from the blog of artist Austin Kleon. I felt Kleon’s own book title “Steal Like An Artist,” gave me guilt-free permission to use Dorothy’s great quote for my own personal entertainment. I highly recommend you sign up for Austin’s weekly newsletter. They show up every Friday like clockwork and I have yet to receive one that didn’t lead me to a gold mine. 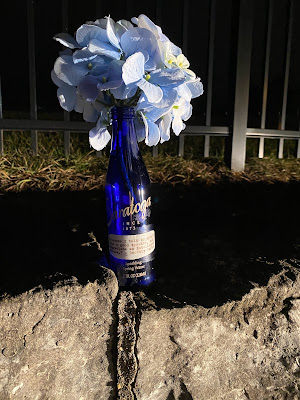 I’m not sure what the impetus was that reignited the three-year-old bottle release program. I do remember having a lot of fun doing it; especially the day I got a message from a friend of mine who lived in Clifton Park. She’d seen the photo of the bottle when I released it and recognized the location. I’m not sure where she was at the time but she later told me she was ecstatic to discover it was still perched stoically in it’s temporary home in Congress Park when she got there.

One of my releases had to be replaced. It met an early demise when it was knocked off a table at Caffe Lena. I delivered a replica to friend Joe Deuel, who promised to “have and to hold till death do us part.” 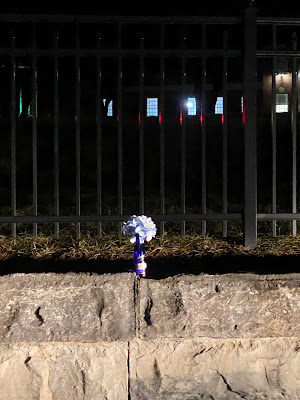 If you’re new here and I’ve peaked your curiosity you will find a label on my blog titled “Bottle Stories.” There are a handful of similar posts related to this random act of insignificance. For some crazy reason in today’s world this somehow seems like a good way to stay sane. Or, maybe it’s proof of the opposite. Either way, a bottle will hopefully find a new loving home tonight. If you’re the lucky one, get in touch, I like to know the kids are safe and being well cared for.

Posted by Raining Iguanas at 7:15 PM