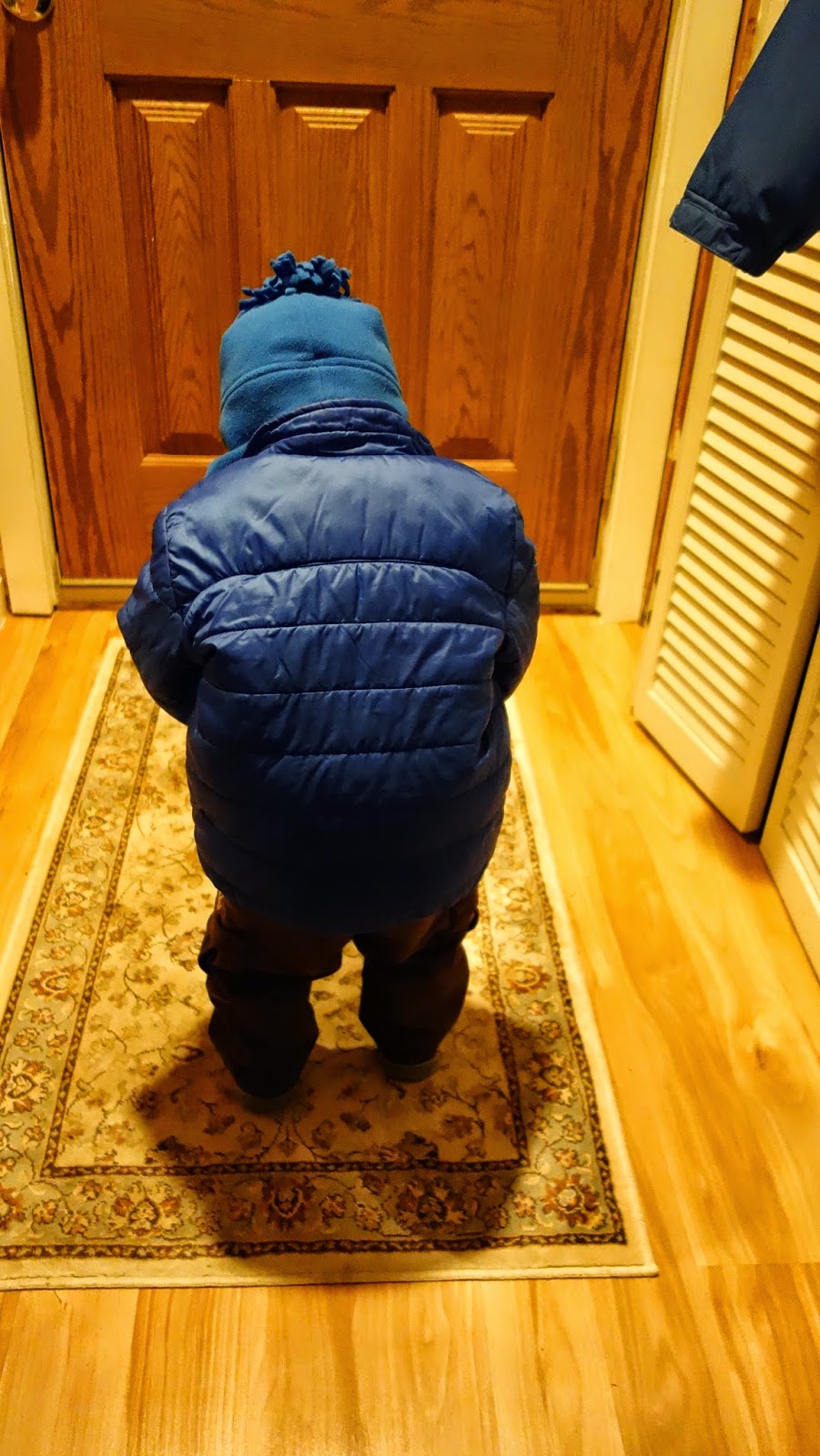 Out of the blue a boy takes a stand. His fingers shake with independence ready to take on the world. His shadow over taken by the stature of his will and sixteen months of letting others call the shots. He has decided to shift from baby to boy without asking permission. Would it have helped to say no?
Posted by Raining Iguanas at 4:44 PM