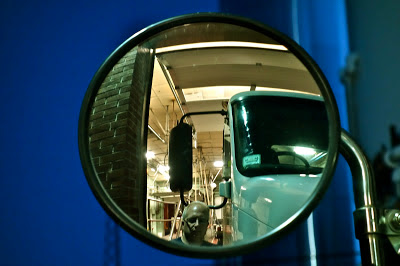 I grew weary of asking my already heat soaked drivers to work another day off. It inevitably happens at this time every year. We loose someone to injury, family emergency, new baby, wedding or simply a much deserved vacation. Regardless of how prepared we think are we come up short. I am the Monty Hall of deal making when it comes to covering all the routes that need covering. On this Fourth of July weekend my skills were tested to the max. We needed to get a load of excess milk to Oneida, NY. It needed to be there on Saturday night at 7pm- not exactly the easiest of routes to solicit a volunteer for- especially when it’s 80 degrees and the first day in a week with no severe weather on the horizon. On a Fourth of July weekend most families have a meat covered grill and cooler full of iced beverages in their Saturday plans. I felt an obligation to take this load myself. Every driver we have has stepped up to the plate multiple times already this summer. I wanted to show my appreciation by getting out from behind the desk and back behind the wheel. Running from Saratoga out to Oneida and back with a load of milk is about an eight hour day. It would do me good to have a taste of my own medicine. I grabbed a logbook, kissed my wife and headed to the plant to get the truck. 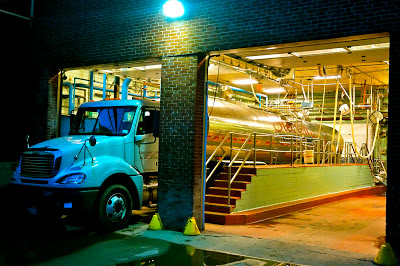 I needed some road time anyway. I don’t have the chance to get behind the wheel too much anymore. Most of my time now is spent in the passenger seat. It felt good to be on the other side of the truck and have a mission to complete. There is something special about being in charge of an eighteen wheeler and running down the highway. Earlier in the day I had taken some photographs of the geraniums blooming in the flower boxes of our homes picture window. Getting behind the wheel was a chance to reset my testosterone levels. It gave this poetry writing truck driver back a little personal street-cred, even if it was only in my own eyes. 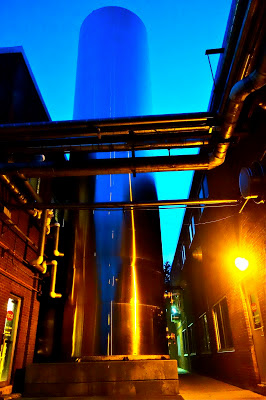 I headed west on the thruway. I turned off the a/c and rolled down the windows. I needed to hear the sound of singing tires. I craved the smell of warm brakes and diesel fumes. I took a deep breath. About two and a half hours later I was pulling off at Exit #33. I gave the folks pulling into the Turning Stone Casino a short blast of the air horn as I passed by. I had my own wager; it was going to be a winning day between the mile markers.

Posted by Raining Iguanas at 9:12 PM