Guess What I Found?

Guess What I Found?
By John R. Greenwood 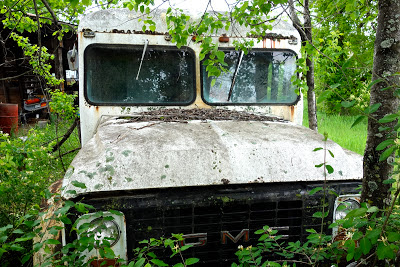 It was an emotional reunion; a milkman and his old friend ‘THE GMC’. That’s what we called him back then. “Load THE GMC” and “Take THE GMC”, were common words heard between the handful of employees who worked with me during the years I owned and operated Price’s Dairy. I was a small milk dealer in and around the Saratoga Springs area from 1979-1989. 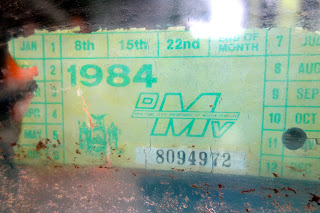 According to the registration in the windshield the last time THE GMC was driven on the road was 1984. It was around that time I sold THE GMC to Sam Holland a local business owner who operated Sam’s Glad Rag Saloon in Porters Corners, NY. At the time Sam planned to use the truck to refrigerate beer and soda during racing events on his property. I don’t remember how much I sold THE GMC for, but I do recall letting Sam drive it to his property and bring back the license plates the next day. That’s the way you did things back then. Sadly I found out that Sam passed away on 1/11/11.

So how did I the reunion come about? 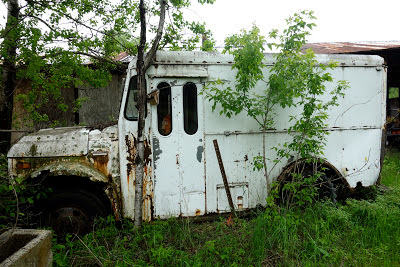 I wanted to find the truck for several months now. I was hopeful that it was still around and that Price’s Dairy was still visible on the sides. The lottery hit would have been to find, ‘Clem Signs’ written in the bottom right-hand corner. I knew where the bar and Sam’s property were located but I had never been there. Sam’s was a little off the beaten path but not far away. I got out of work early the other day so I thought I would take the opportunity to try and find THE GMC. 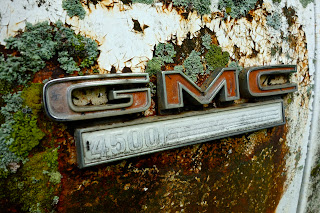 I creeped down the dirt driveway and like a soldier returning home, panned the nearby homes looking for a familiar face. All I saw was a neon beer sign. That was close enough for me. I pulled up along side the bar and parked my truck. As I looked up I saw him. The rear doors of an old friend were peering out from behind a tired outbuilding. My heart rate jumped a notch. Suddenly I knew I was about to be reunited with an old friend from back-in-the-day. 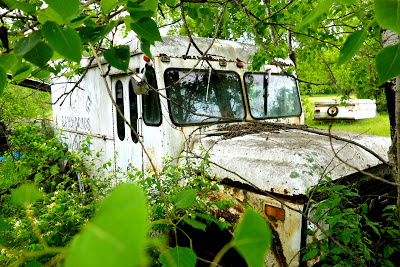 Not so quick, this was private property. THE GMC might remember me but to everyone else I was a stranger. I needed to go inside and ask permission to say hello to my old coworker. It would be hard to deny me a reunion. I approached the dimly lit bar with mild trepidation. The conversation began, “This might sound a little strange, but...” The explanation and introduction continued until I was sure the women tending bar trusted my crazy request. Sam's gracious daughter Lynn granted my wish and allowed me the opportunity to go out back and take some pictures of my dear old workhorse. 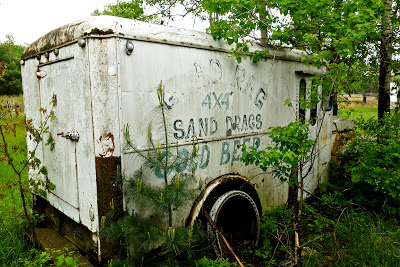 Smiling from ear to ear, a heart hitting on every other beat, and with a mind bursting with vintage milkman memories, I approached THE GMC gently and respectfully. A surreal calm seemed to envelope the two of us. I had climbed in and out of this truck a thousand times. I could hear that strong GMC 4500 engine purring under the hood. The creak of those school bus type doors opening and closing in the wee hours of the morning echoed through the field. This was more than an old truck rusting in the high grass. This was a man’s life wrapped up in a moment. A feeling of contemplation and reflection lifted my spirit. 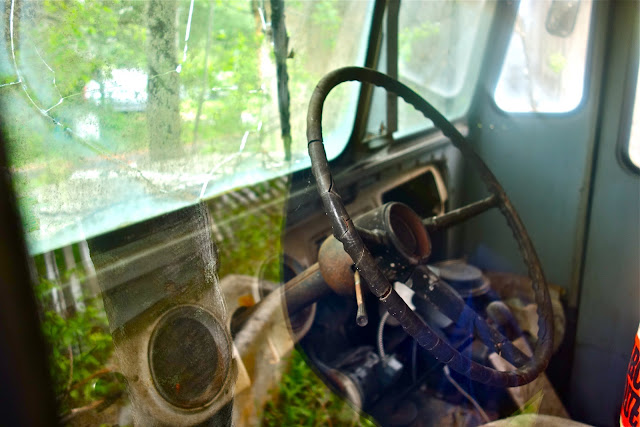 This story may or may not have an affect on you. You may find it hard to understand why a rusty old relic could have such an emotional grasp on a man with half a century under his belt. It’s simple really. It was my life 24/7 for over a decade. It was also the prime of my life. I could picture my sons standing on a milk crate looking out the windows as we drove down Broadway. I remember subzero January's when I would drive around with a kerosene heater on the floor up front- a gentle glow reflecting off the windshield making it appear I invented the first nuclear reactor driven milk truck. There was the day I left an August bank deposit in one of the empty milk crates in the back, only to discover it missing later that day. The afternoon spent in a frantic heart wrenching search that mimicked Uncle Billy's in 'It's a Wonderful Life'. The instant relief felt when it was found circling the production line at the Saratoga Dairy. All those photographs reeling through my head, each one bringing me to the next.

Today's find felt good. Instead of feeling sorrow for my rusty old friend I felt comforted he had a quiet resting place. He was free from car crushers and cluttered junkyards. He had grass around his tires and shade over his head. As I turned to walk away I glanced back and thought to myself; that's not such a bad way to end a career of back-breaking work. To be able to go out with your belly full of beer and have thirsty men milling around you with dirt in their boots and racing in their hearts, all yelling, "Go Man Go!" 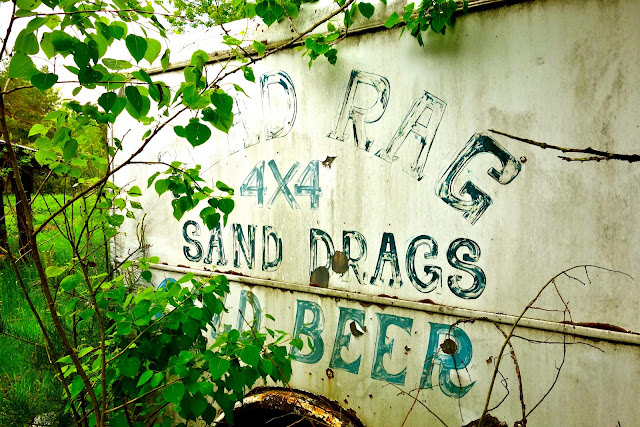 Posted by Raining Iguanas at 4:46 AM